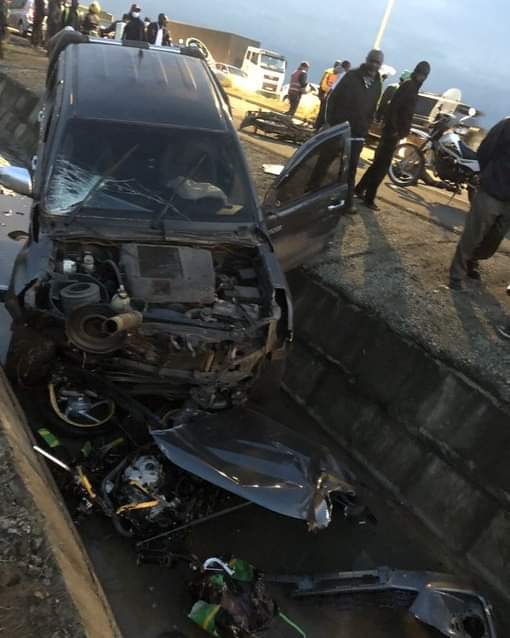 The number of reported road accidents in the country have been on the rise in the last few months with many Kenyans losing their lives on the roads.

According to a report by the ministry of transport through NTSA, over 1500 people have lost their lives through road accidents with drink driving a major cause of accidents, especially in major cities. 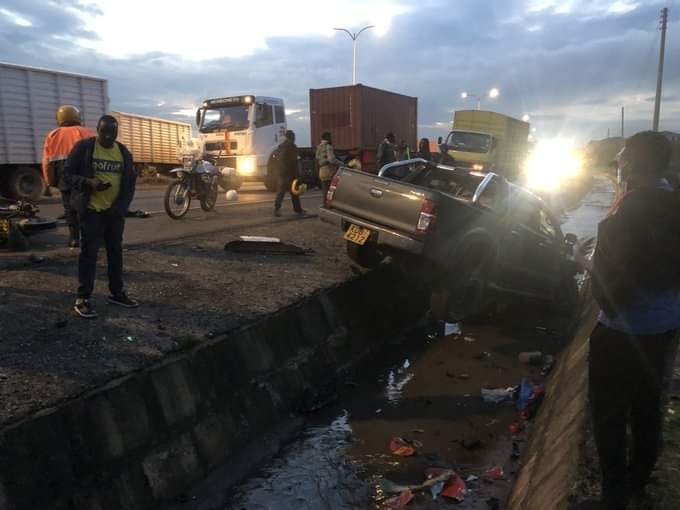 On Thursday Evening, a pick-up driver hit and killed two people along the southern bypass.

It has since emerged that the driver was drunk and was driving badly.

A witness has now revealed that he had warned the driver about his careless driving a few minutes before he caused the accident.

"Let me put it clear about the accident that happened along the southern bypass after he almost hit me I chased the pickup & blocked him I told the driver 2 drive careful, even though they looked drunk with other ladies but ignored me, less than a 1 km he killed 2PEOPLE," he said. 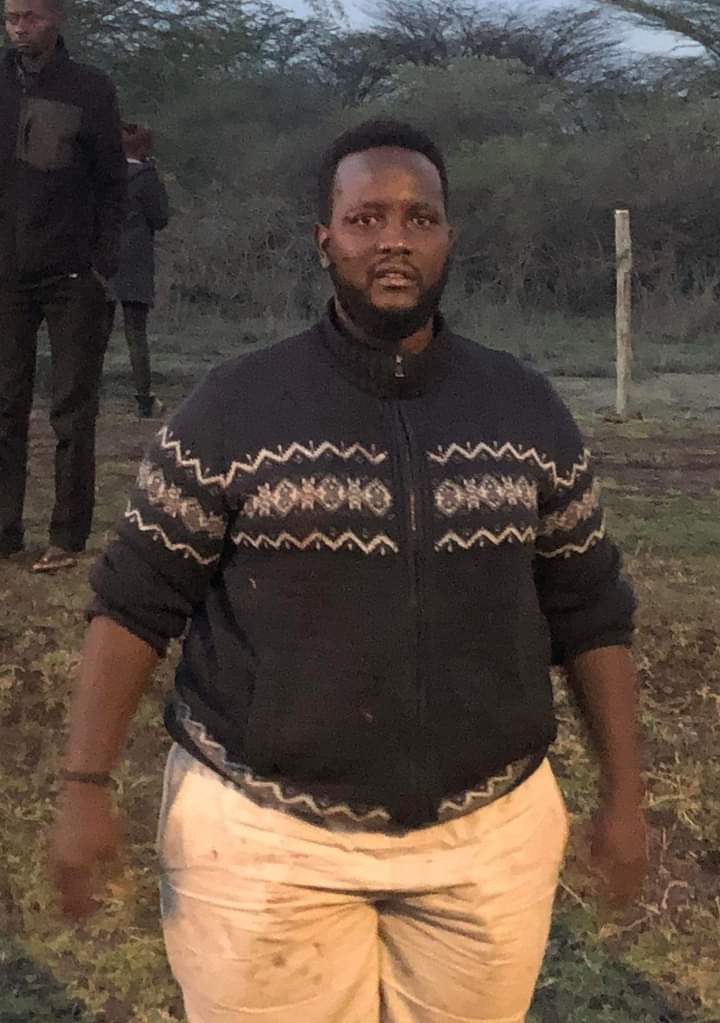 There have been reports that the driver of the pick-up was the son of Inspector General of police Hillary Mutyambai. It now remains to be seen whether he will be charged for causing the death of the two BodaBoda riders. 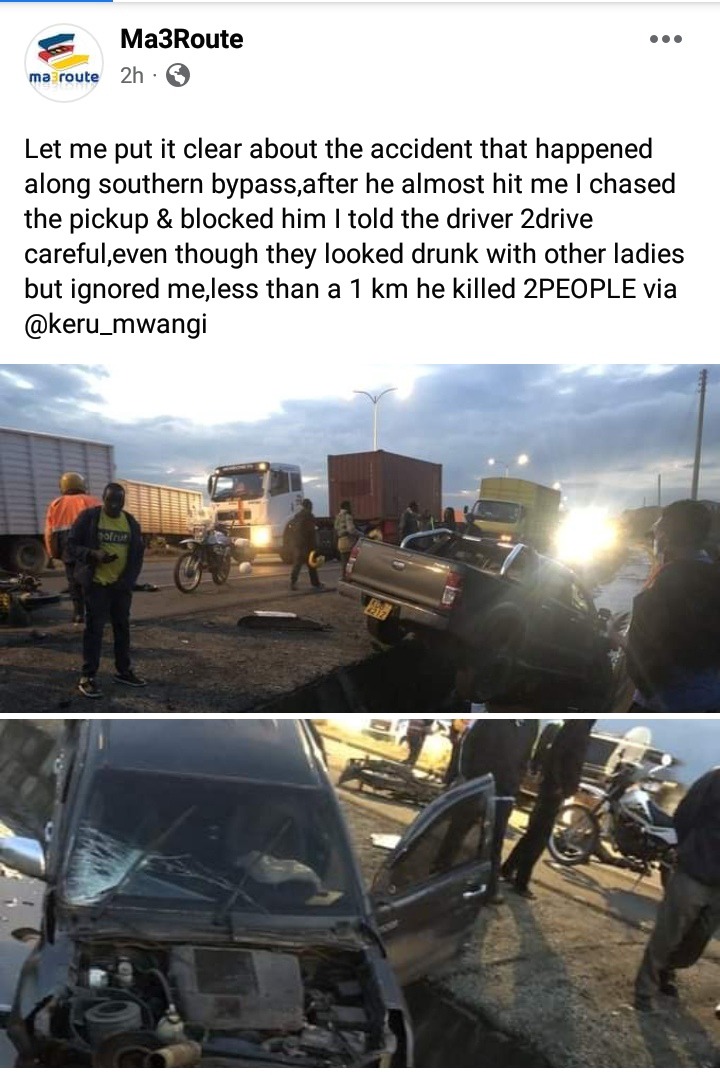 Four Interesting Multibets To Cash On This Monday 24th January