By @kenyanews-media (self media writer) | 1 month ago

The Swahili wise men once said that another man's wife is poison. This morning a sorrowful incident occurred in Nyamira county after a 60-year-old man was slashed to death when he was caught enjoying himself with someone's wife.

This 60-year-old man called Peter Nyakundi from Gachuba Nyamira county was found red-handed by Robert Omwayo on the bed and in the action with Robert's wife who is 25 years old. 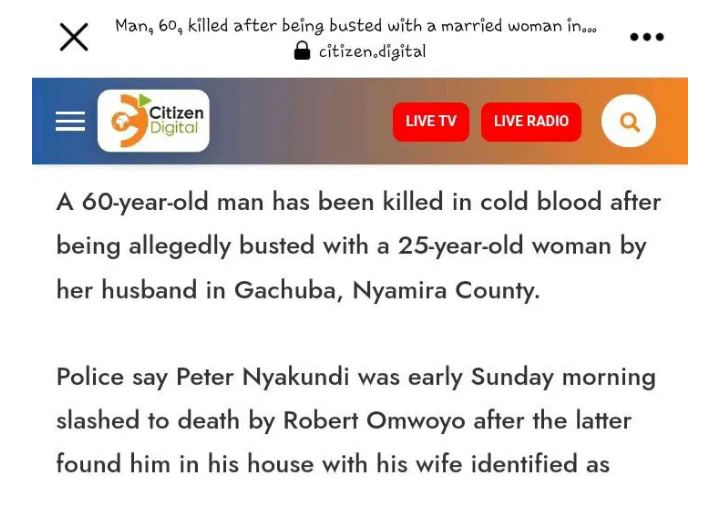 [Photo to serve as the source of this content]

Due to Robert's burning anger, he slashed Peter with a panga to death, and then he slashed his wife to death also. Now both have been taken to the mortuary.

Peter also has been arrested and he is being held in the custody at the Nyamira police station while waiting to be taken to the court within 24 hours as dictated by the law. Then the court will exercise its powers over such cases. 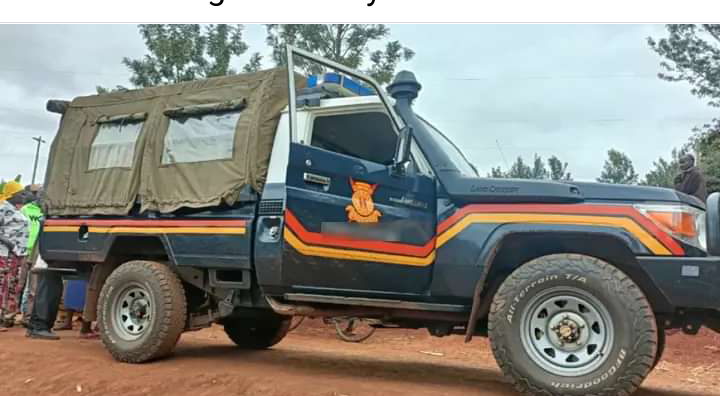