In Nyamira, a 62-year-old man named Peter Nyakundi was beaten and hacked to death by Robert Omwoyo after the he discovered him in their matrimonial bed with his 25-year-old wife.

According to the reports, Robert Omwoyo discovered the elderly man and his wife in a compromising position as he was leaving work at around 2:30 am. Outraged by their behavior, Omwoyo attacked the elderly man with a machete.

His 25-year-old wife was fortunate enough to flee from her husband, but the elderly guy was not so fortunate; he died inside Omonyo's house on Sunday morning.

The old man's dead body was removed from the crime scene, it was later transferred to the Gucha morgue in Nyamira County. 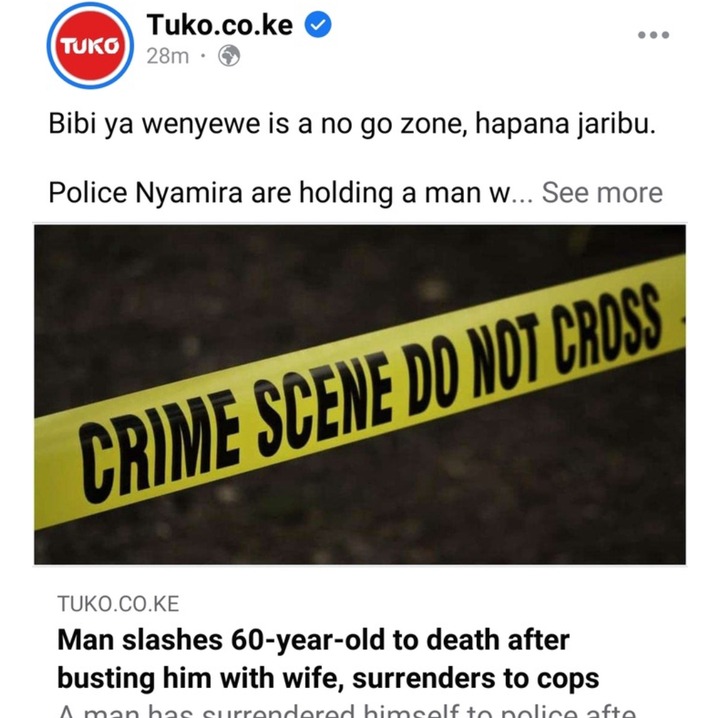 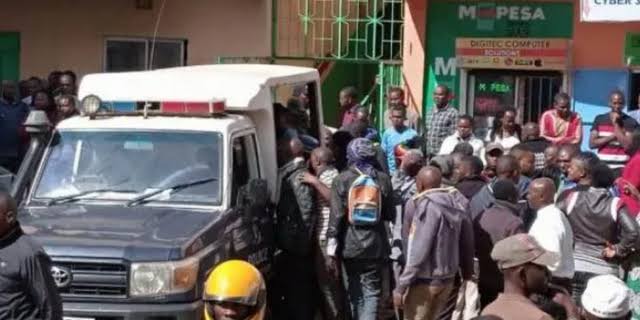