By Dante (self media writer) | 4 months ago

A 23 year-old gentlemen man is fighting for his life at Thika Level V Hospital in Kiambu County after he fell off a matatu along Thika Road.

Moses Ng’ang’a, 23, had boarded a psv matatu belonging Lopha Travellers Sacco in Nairobi on Friday last week around 9.30pm and was to disembark at the Githurai 45 stage. 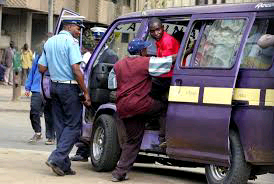 However, the driverof the matatu did not stop at the stage. The interior designer narrated from his hospital bed that the matatu made a stop in the middle of the road at Kahawa Sukari and the conductor of the matatu asked passengers to alight.

When it reached Ng'ang'a's turn to alight, suddenly the matatu sped off, throwing Mr Ng’ang’a onto the tarmac. It ran over him, breaking his left leg and also fracturing his ribs.

“We arrested the duo and the case was recorded on Monday. Our police officers will visit the victim and fill a P3 form after which we shall re-arrest the suspects and charge them with three offences, including dangerous and reckless driving,” said Chacha. 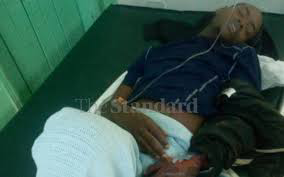 The matatu was also released after thorough inspection. The victims brother Onesmus Karanja called for speedy investigations into the incident. 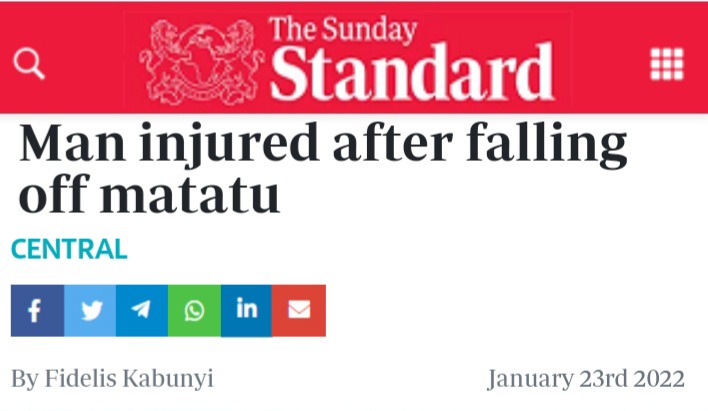