By Sarah_Lawrence (self media writer) | 23 days ago 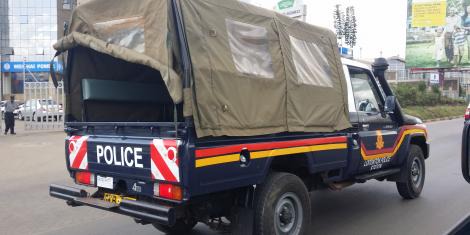 According to a police report as obtained by Citizen Digital, the woman Jane Wairimu is said to have gone without a trace on Friday September 17, leaving her husband Brian Mutuku distressed on her whereabouts. As the husband told the police that night, Mutuku received a call from the wife who sounded worried, claiming that she has been kidnapped by strangers in the middle of the city while walking down Loita Street in Nairobi.

According to detectives, the panicked husband filed a missing person's report at DCI Embakasi. Wairimu and her alleged kidnappers were demanding a ransom of Sh 200,000 but the husband only managed to raise and sent them Sh 17,000. However, as the detectives were pursuing the suspects, Wairimu's family grew impatient and according to detectives, her family started a WhatsApp group and raised Sh 40,000 and was sent on Monday.

The duo travelled from Malaa to Mtito-a-Ndei to withdraw the money, according to detectives. It is alleged that Wairimu and her partner, a cab driver, were living in a single-roomed house, enjoying their life. According to detectives, before the two were apprehended the cab driver's girlfriend, a 21-year-old student entered the picture, where she claimed that the alleged kidnapper( cab driver) had promised that he would take her out on weekend.

'The girlfriend kept texting and calling him on Saturday to ask him why he stood her up. The cab driver Richard Mogire tried to explain but she would hear none of it. Mogire developed a new strategy to avoid drawing suspicion, changing his car and picking up his girlfriend and took her where he has been staying with Wairimu since she disappeared' according to detectives.

However, detectives are confused as how Mogire convinced his girlfriend to stay and play ball despite her not being part of the original plan. After the arrest, Wairimu claimed that she faked her disappearance to ran away from creditors, who were on her neck since she lost her job. The three were captured in Sagana and are currently held at Embakasi police station waiting arraignment.

Content created and supplied by: Sarah_Lawrence (via Opera News )