By OmbatinewZ (self meida writer) | 29 days

Kelvin Ocharo has amused netizens in Court After his dramatic arrest. Kelvin, was arrested at Kikima bar at Riruta for creating disturbance and threatening to harm Joel Mbulu Kilulu in Nairobi recently.

When Ocharo was arraigned in court, he admitted to the charges before the Kibera principal margistrate, Sharon Maroro and claimed that he was under the influence of alcohol when the incident took place. He also revealed that it was his first time to consume beer and doesn't know what happened to him.

“I have no idea what happened. I don’t even know how I found myself in police custody as you can see I have no shoes and I don’t know how I lost them. I only remember my friend inviting me for a beer which was my first time to drink,” he said while in court. 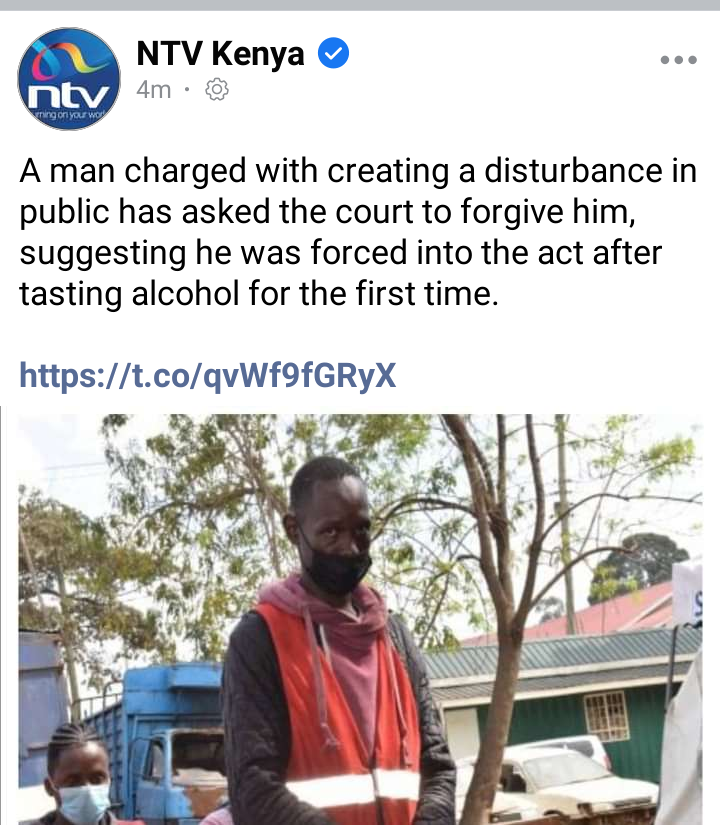 The police report say that Ocharo became wild after drinking one bottle of beer and started creating a scene by insulting the bar owner, pouring alcohol on other customers table and when Kilulu warned him, he insulted him mercilessly almost causing a fight.

The owner of the bar called the police and Ocharo got arrested. 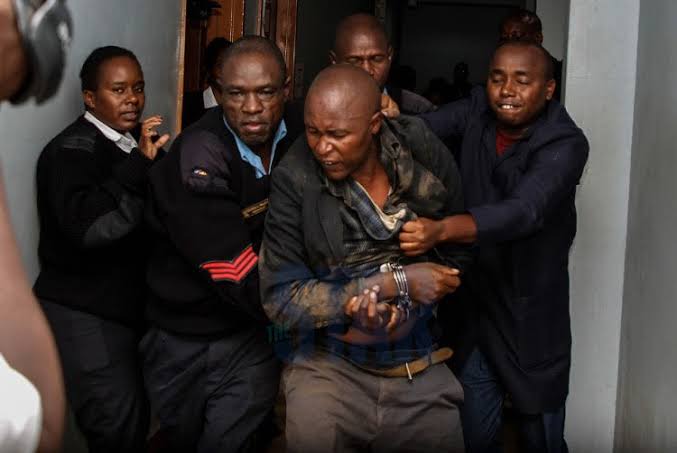 “’Please forgive me. I’m remorseful and ashamed. It shall never happen again because I will never touch alcohol again,” he begged principal Margistrate Maroro.

The principal margistrate ordered a social inquiry of Ocharo before determining his case on August 23.

Blogger to Spend More Time in Jail After Failing to Raise 300,000 Cash Bail

Morning Message; Good News To Children Aged 5 and Above after New Details Revealed About Vaccination

Students From a School Collapse After Claims of Devil Worshipping

DP Ruto In Land Saga As Laikipia Leaders Ask The Government To Give Them DP Ruto's 15,000 Acre Land