Take A Look How Kuku Choma is Smuggled Into Kamiti Prison

By Izoo (self media writer) | 2 days ago

The arrest of three terror suspects who had escaped from Kamiti Maximum Prison has revealed a slew of illegal activities within its walls, ranging from inmates selling their bodies for food to inmates who are constantly provided with phones to keep in touch with the outside world, to inmates from wealthy families who live lavish lives by eating meals prepared for them rather than those who are forced to eat food from the prison canteen. 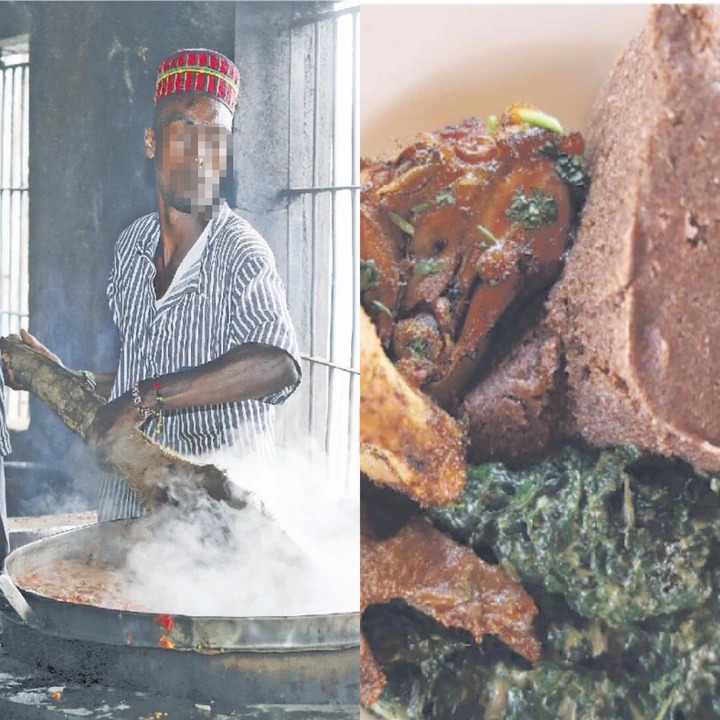 In an exclusive revelation released by a former Kamiti maximum jail warden, John Wafula (not his real name), it was revealed that, unlike other prisons, Kamiti Maximum Prison might be a paradise for individuals with deep resources who can afford to pay prison officials. To avoid being tracked, John did not reveal when he retired. He did, however, reveal that your life in Kamiti is determined by your family's connections. 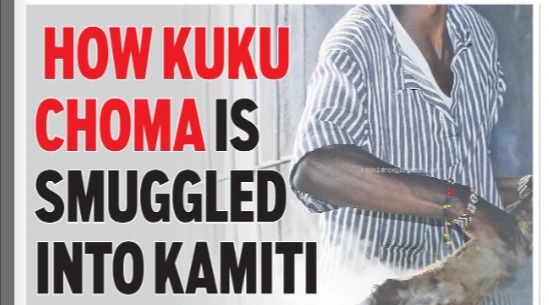 "Money runs Kamiti Maximum Prison, just as it does the rest of the world. A few inmates are living more luxurious lives than some of the jail wardens. When a family offered me Ksh. 1 million to look after their son, I refused, believing I was doing the right thing, and my boss nearly fired me. Inmates eat pricey delicacies like as Ugali, Nyama Choma, and a variety of other items. All thanks to their families' generosity ", he explained. 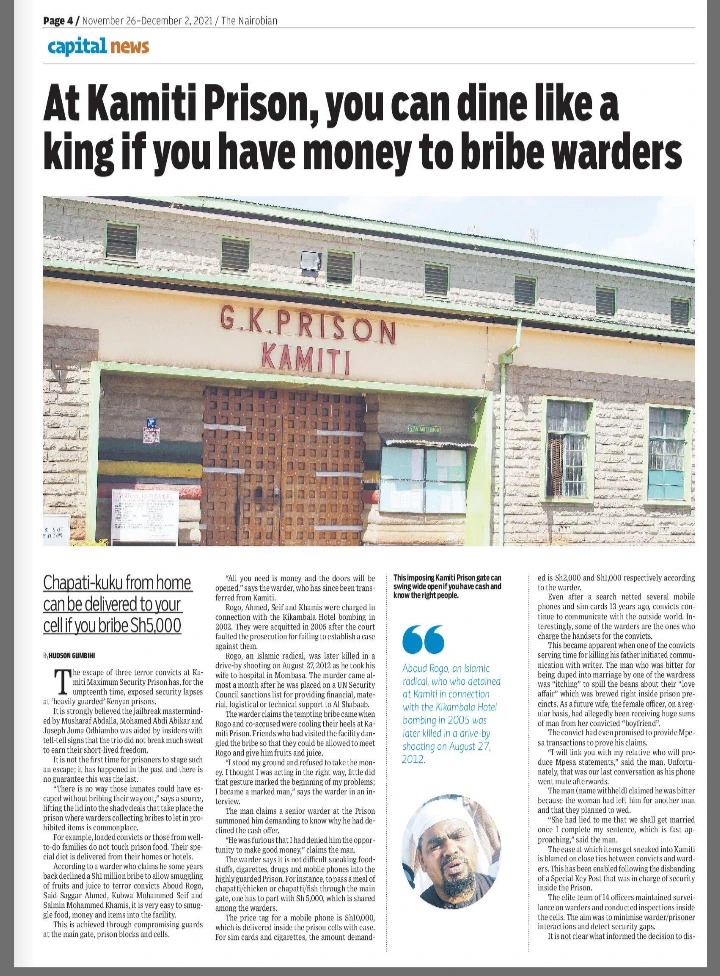 Wafula, who is now a local business owner in his town, reports that some families pay seniors for even basic utilities such as phones. Finally, he claims that this has been going on for a long time and will not be ending anytime soon. I wrote about poor inmates who are forced to sell their bodies in exchange for food a few days ago, and if you'd want to read it, please look through my prior writings.