By News.Happening (self media writer) | 1 month ago 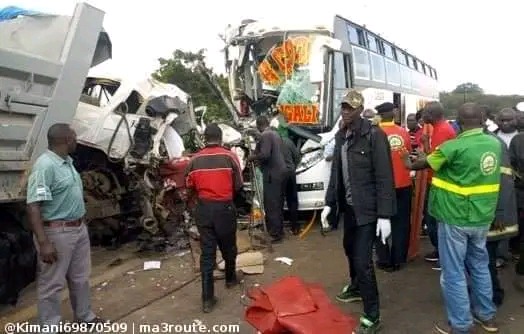 Kenyan road motorists have continued to report high number of daily accidents and over this week, the today's Nairobi to Mai mahiu road is the worst. On Saturday May 21 morning, 8 people have been reported dead and several others suffering serious injuries after they were involved in a road accident along Nairobi to Mai Mahiu road. Reports reveal that, the morning accident involved two vehicles, one being lorry that was ferrying sand and a public bus boarding passengers. The two vehicles are reported to have had an head-on-collision after the bus driver lost control causing the big loss of 8 lives on the spot. 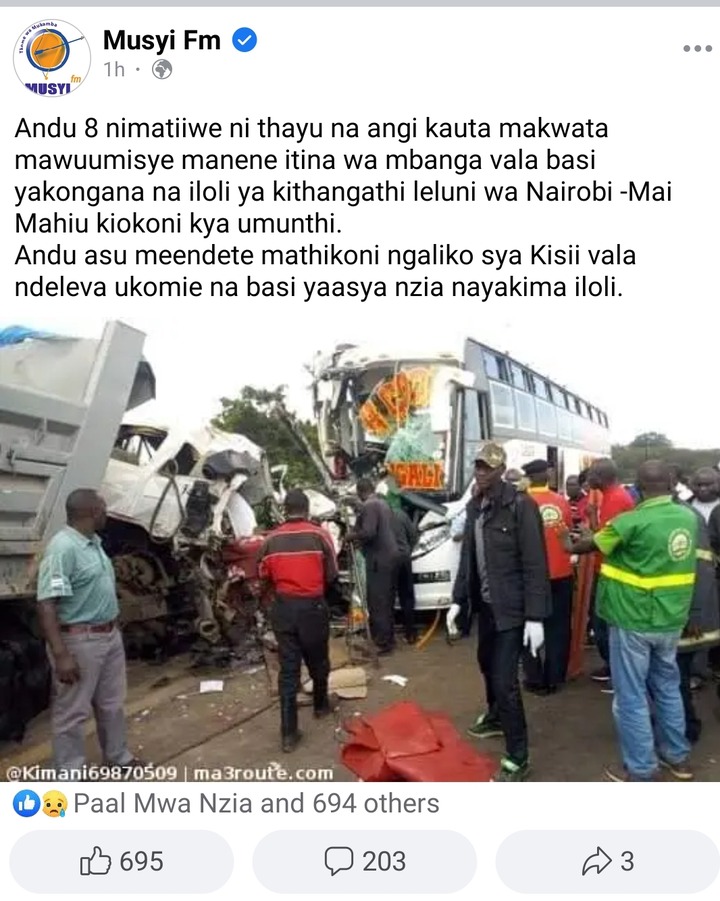 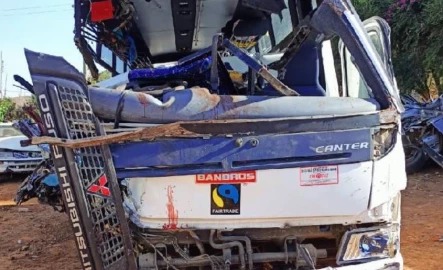 However it is unfortunate that, the passengers in the bus were heading to Kisii to attend a funeral function of one of their friend before meeting the unforeseen tragedy. As per the police report, the accident happened at around 2 a.m. after the driver of the bus reportedly lost control and ended up colliding head-on with the oncoming lorry. The lost lives included four women and four men from the bus. Those who have escaped death have been booked to Naivasha Level 4 Hospital for treatment as the deceased bodies have been taken to the same facility’s morgue.

Eve Mungai Finally Responds to Allegations That Her Boyfriend, Trevor Sired a Baby With Another Lady

Just in; Police Finally Reveal Where the Family of Anyang' Nyong'o was During the Robbery Incident

Photos: See How Large Crowd Turned Out For Raila's Rally In Kirinyaga

Just In: Sad Twist as Drunk Cop in Viral Clip Kills Self

Mungai Eve Responds To the Claims That Her Boyfriend has Neglected his Baby Mama & Kid.