By Suristpolitician. (self media writer) | 4 months ago

Hon Rigathi Gachagua, who is a Member of Parliament for Mathira Constituency, and also a close ally to Deputy President William Samoei Ruto ignited a hot debate online when he condemned the some police officers over Brutality and Extra-judicial killings on the innocent citizens. 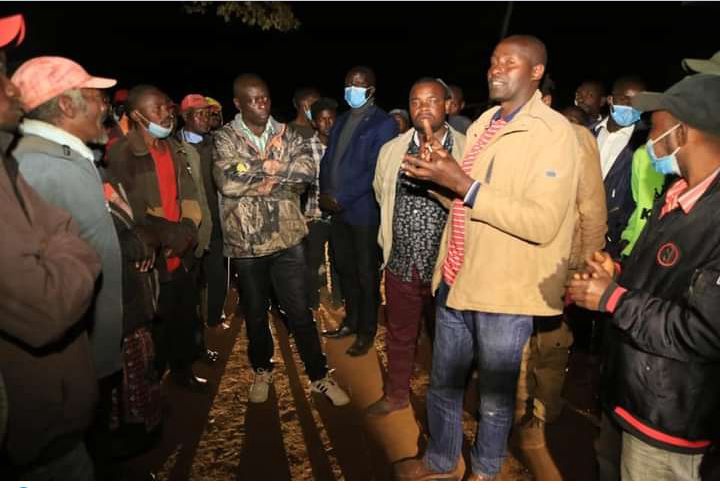 According to his recent post, he stated that the police brutality and extra-judicial killing has gone overboard.

Perhaps, he said recently they were coming on the heels of the killings in Kianjokoma over curfew rules, but also the police officers in Gatung'ang'a police post in Ruguru ward opened fire last night on a young man and left him for dead for daring them to stop harassing his father. 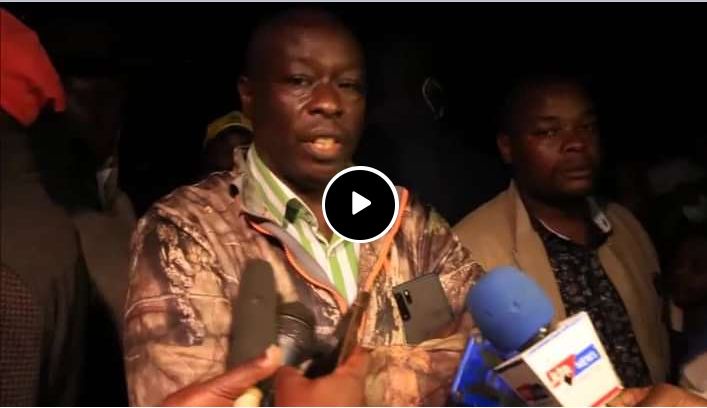 He lamented that the police descended on Gatung'ang'a town at 7 pm and ordered all businesses to be closed despite the fact that the curfew starts at 10 P.M. He said they went on a violent spree beating up everybody on side who could not give them a bribe. He accused the same police for harassing women and asking sex by force. 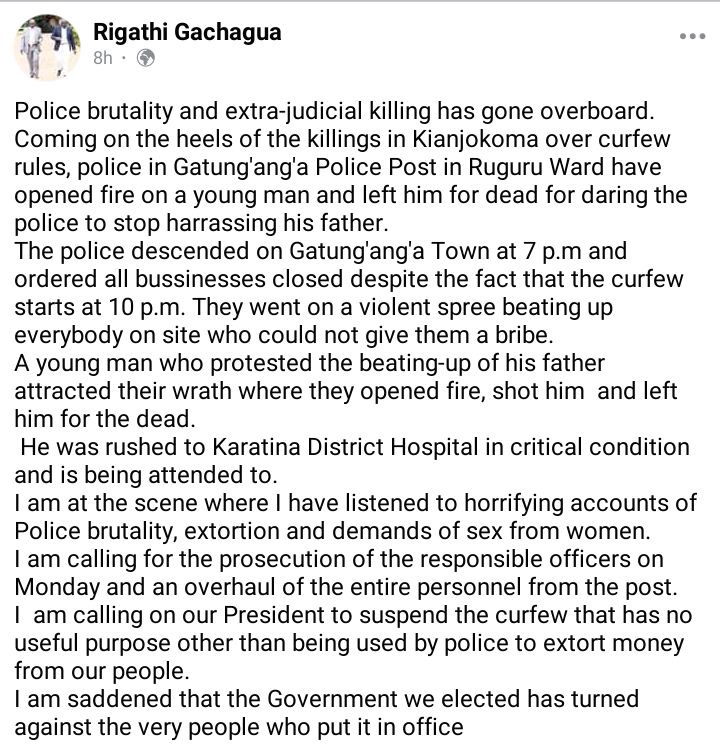 His post attracted several comments from Kenyans, majority of them joined him in condemning the brutality of some police officers    on innocent citizens. These are some of their reactions: 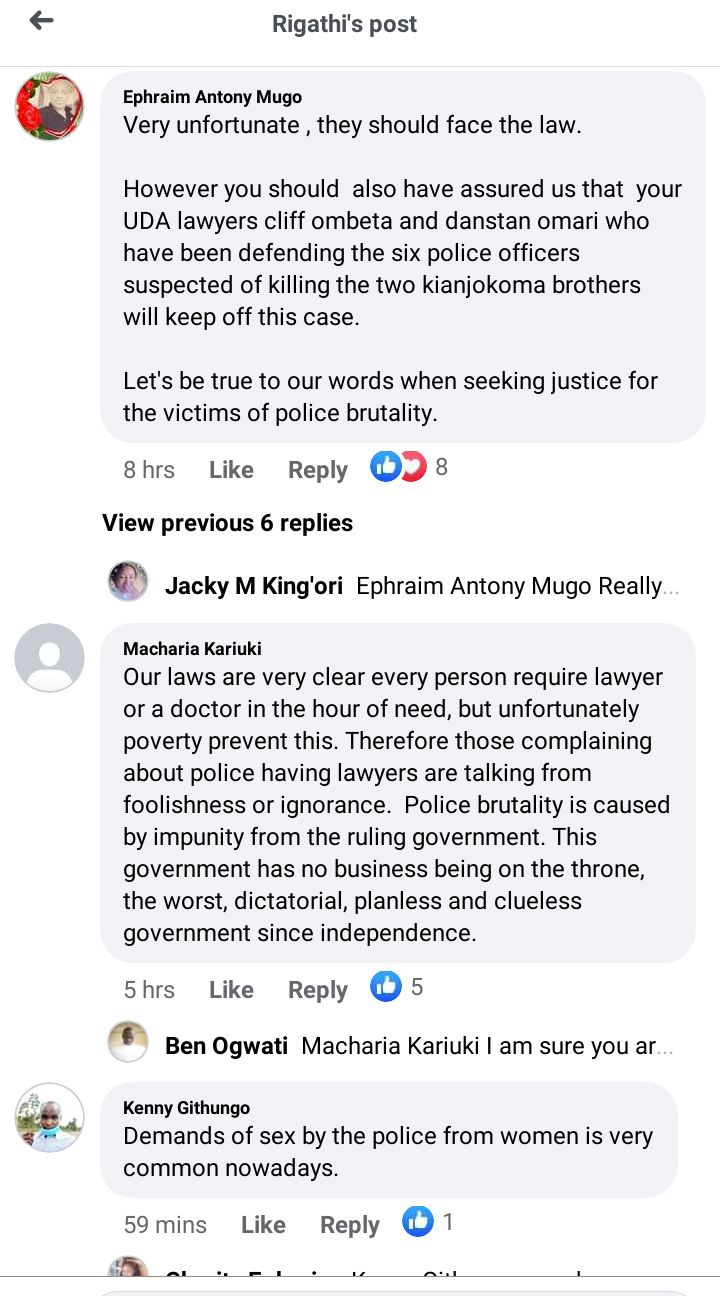