Siaya: 52-Year-Old Man Lynched by Mob After Being Caught in the Act with His 18-Year-Old Daughter 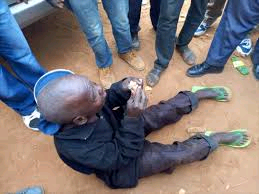 A 52-year-old man was on Monday evening lynched by mob after being caught in a sexual act with his 18-year-old daughter in Ugenya, Siaya County.

Ugenya Sub-County Police commander Justus Oracha who confirmed the incident said the suspect identified as Fredrick Abidha was said to be escorting the girl back to school using his motorbike when the incident happened. 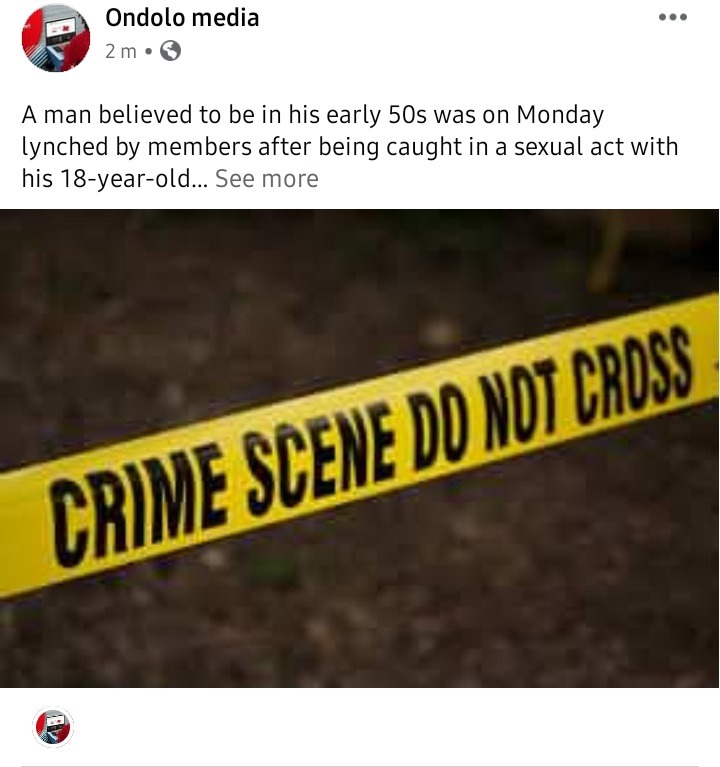 According to the police boss, a woman happened to have a long call in the nearby bush when she found the two in the act.

The woman, whose identity was not revealed for security reasons, said the girl was wearing full school uniform at the time of the incident.

The woman later raised alarm attracting the attention of the members of the public who surrounded the bush where the unforseen act was taking place. 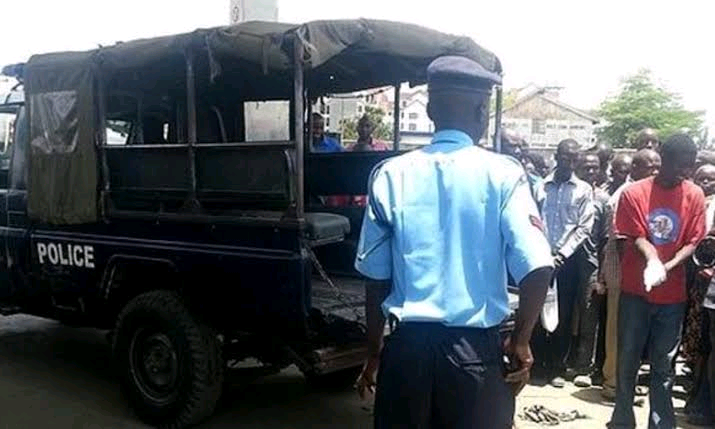 The uncontrollable crowd, descended on the suspect with all manner of crude weapons only to realise later that the suspect was the girl's father.

52-year-old man was on Monday evening lynched by mob for allegedly engaging in a sexual act with his 18-year-old girl in Ugenya, Siaya County

The girl was later arrested and booked at Ugenya Sub-County Police station.

His further was rushed to Ugenya Sub-County hospital for emergency treatment but was pronounced dead on arrival. 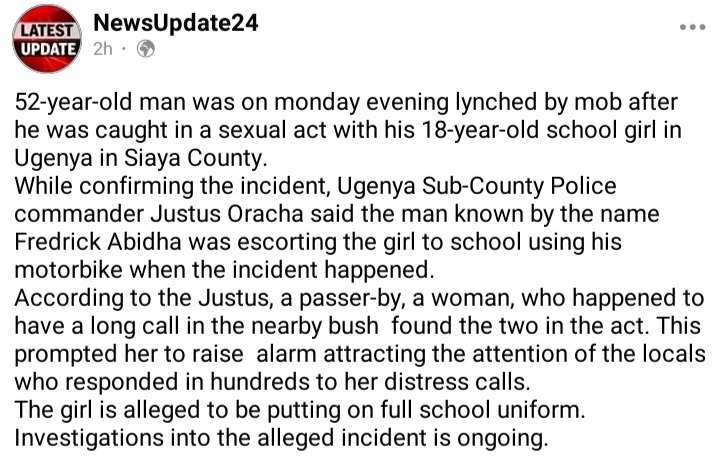 The latest report comes when all schools across the country were resumed learning for first term.

Police have launched investigations into the matter.

Elsa Majimbo Spotted at a Kenyan Night Club, 7 Months After Saying Kenya Isn't Safe For Her