By WawireCornel (self media writer) | 11 months ago 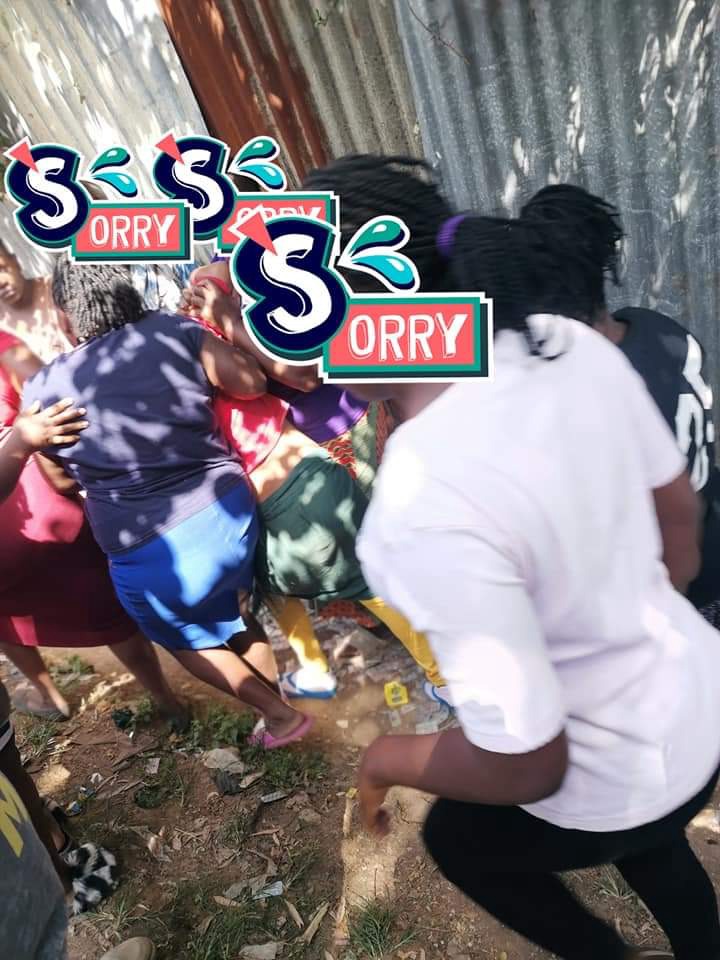 Photo of residents viewing body of the deceased.

It is very unfortunate that many innocent citizens are being killed by criminals armed with various dangerous weapons.

In major cities in the country, especially Nairobi, various gangs have been terrorizing citizens stealing from them their belongings and money.

In most cases, these criminals steal and leave without harming their victims.

Unfortunately, in some cases, victims are harmed and even some left for death or even killed before their items being taken.

On Friday, a middle-aged man was Stabbed to death by criminal in Dandora, near the Dandora Police Station.

According to a post on Nairobi Crime Free, Crime Free Society, the man, who was robbed his belongings was stabbed severally leading to his death.

The incidence caught the attention of Nairobi-based criminal buster, Hesy Wa Dandora, who promised to deal with those behind the incidence.

"A middle aged man has been stabbed to death by some good for nothing boys, some meters behind Dandora police station... Wale husema arrest and prosecute, mmeona vile vijana wenu wanafanyia watu innocent madhara, wale wamefanya haya maneno, u have less than 30 days za kuishi hapa duniani. U can see a young woman being supported by neighbours, she has been made a Widow like me because of some idiots somewhere. We shall see. Saigonpunisher James, Shista Shish, Wendy Black Panther, Eden Blacksir, Hesy Wa Dandora, Panya Ya Statehouse, Blackie Wa Kibra, Brayo Brayo, Jack Zolo, Crime Ditector, Baba Mateli, #teambuilding, i hope you're following vijana wa Dandora wanakuchinja mchana jua likiwaka, how about kwa giza," reads the post. 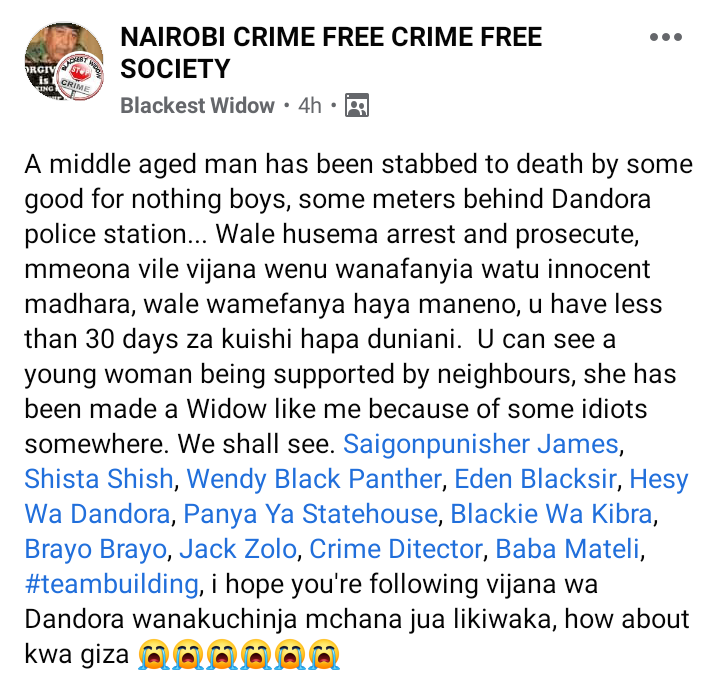 Reacting to this sad news, Hesy assured that the next time he will be speaking about the criminals who killed this innocent man is when he will be sharing pictures of them dead.

He noted that his heart is broken and won't rest until the criminals are sent to where they belong, and that is only through death. 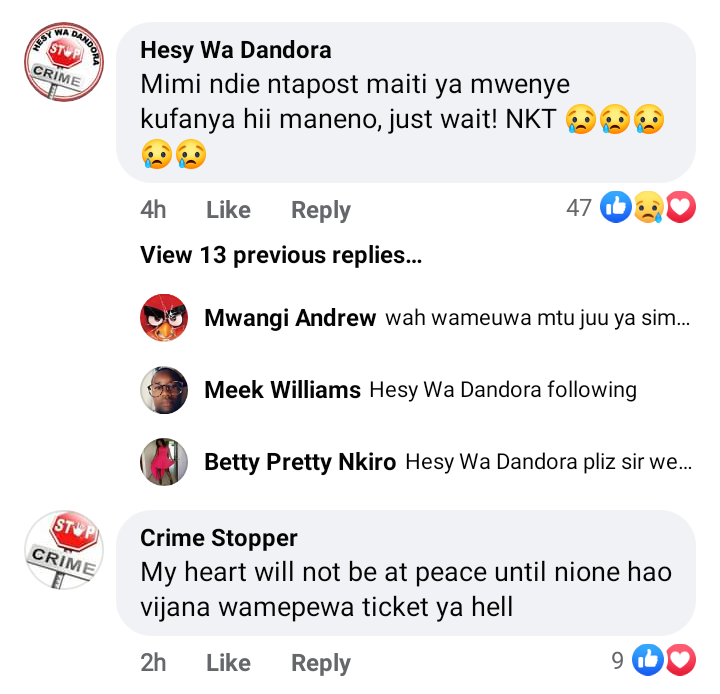 Hesy has in the past gunned down various notorious criminals giving Nairobians a hard time.

More so, he has warned some of them but they kept on stealing from residents.

One thing is for sure, those who killed the man will be dealt with accordingly.

I Was Brutally Beaten By My Husband While Pregnant. I Was On Total Bed rest at 16years. Catherine.