By Aliciacoms (self media writer) | 7 months ago

Grace Nyandusi [25 years] has found herself inside a police custody after she allegedly killed her nine year old daughter for misplacing Ksh.10 given to her to buy Chapati at a nearby hotel. Police in Keumbu have confirmed her arrest on Sunday.

According to area assistant chief in Nyaribari Chache, mr. Calvi Kengara revealed that the nine year old might have misplaced the coin when she wandered into a nearby sugarcane farm. And soon after the losing the coin, the nine year old attempted to explain to her mother who angrily turned on her with a chapati roller,hitting her on the head in the process. 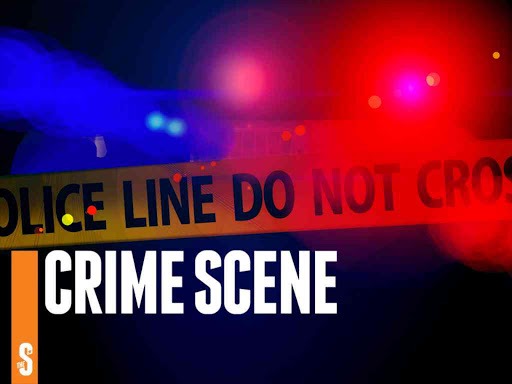 While further explaining, the chief further revealed how the incensed mother had pulled the baby ou before raining on her with uncountable beatings until the child passed out and that's when she screamed to alert the neighbours. 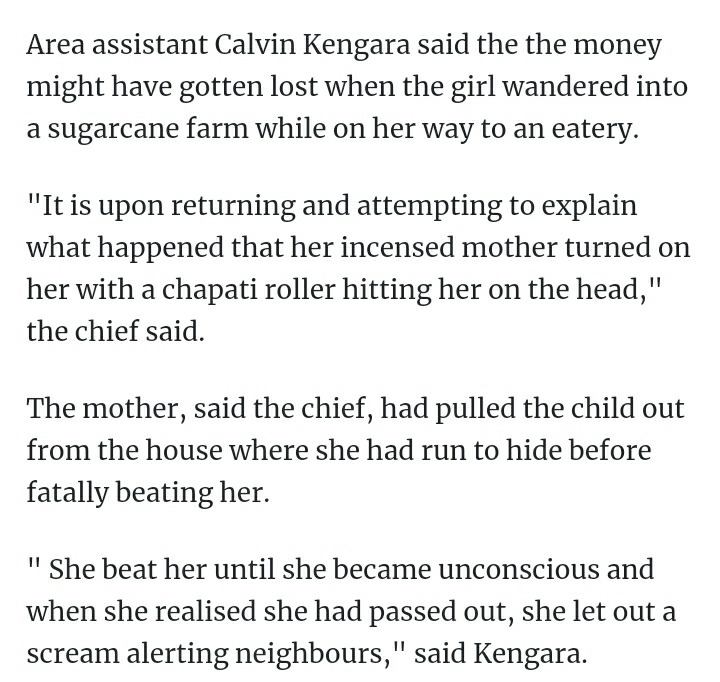 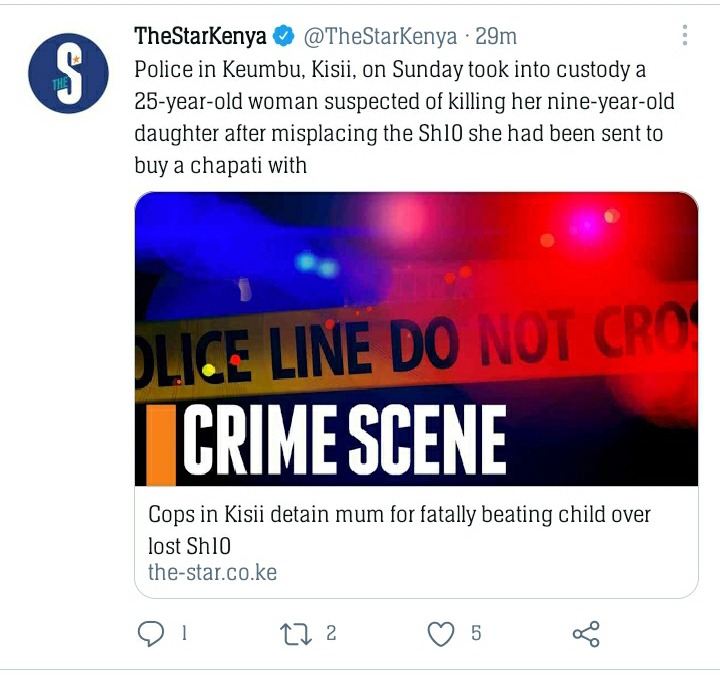 The nine year old was a pupil of Gesare primary school. Her death is really hurting that some would wish that her dad was around, because he would have prevented the act from happening. Police who had a hard time controlling the irate mob revealed that the deceased’s father was away in Nairobi for works. It's really a hurting story. Dear parents, is it worth to be inhuman to your child, only because he/she has committed such a small mistake? 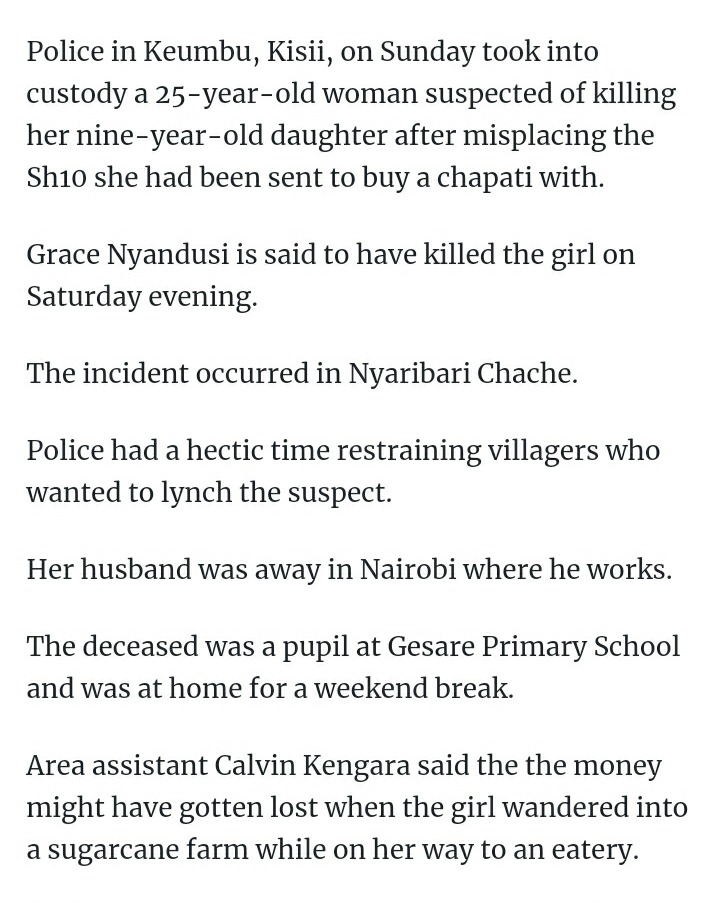