By REUTERSNEWS (self media writer) | 2 months ago 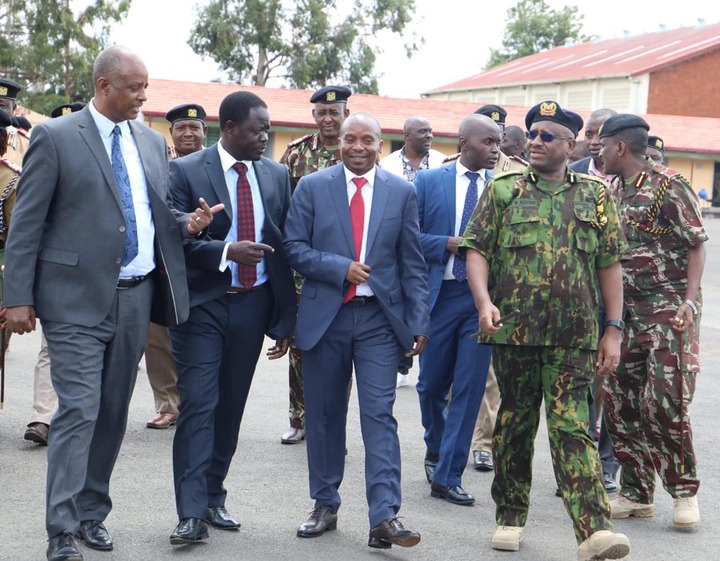 On Wednesday, November 30, the Internal Affairs Unit (IAU) reported that the four were detained at Nairobi’s Capital Hill Police Station and would be arraigned in court on Thursday, December 1.

The investigative unit also noted that two senior officers from DCI headquarters who were allegedly directly involved with SSU activities recorded statements about the inner workings of the disbanded Unit and the disappearance of two Indians and their taxi driver.

The two distanced themselves from the operations of the SSU unit.

Detectives also extended their investigation to officers with the Kenya Wildlife Services in order to delve deeper into the alleged involvement of an officer with the Nyeri Abadares forest.

The decision to investigate KWS heightened tensions within the wildlife service and other units linked to the alleged dirty deeds that killed scores of people under mysterious circumstances.

Eight other people arrested previously were scheduled to have DNA tests to help with further investigations into their involvement in a series of extrajudicial killings reported in the past.

The DNA tests, however, did not go as planned due to a lack of necessary equipment at the Directorate of Criminal Investigations (DCI) laboratories.

The detectives’ attempts to use a government laboratory were futile because the suspects rejected the option.

The suspects’ lawyers were instructed to reject any attempt to use government chemists.

Following the arrest of the four, the total number of officers assigned to the mysterious murders increased to 12. President William Ruto ordered the dissolution of SSU shortly after taking office.

Ruto has previously stated that he intends to put an end to extrajudicial killings during his presidency.

Content created and supplied by: REUTERSNEWS (via Opera News )