It has been weeks since the National Lands Commission (NLC) director, the late Jennifer Wambua was brutally murdered, with the DCI working hard to unveil the murderer.

The patience that her family and Kenyans following her murder has been payed off by the homicide detectives unit of the DCI as they have found very important details about the assailant.

The DCI shared a statement claiming that Peter Mwangi Njenga who was known as Ole Sankale is the main suspect in the case. 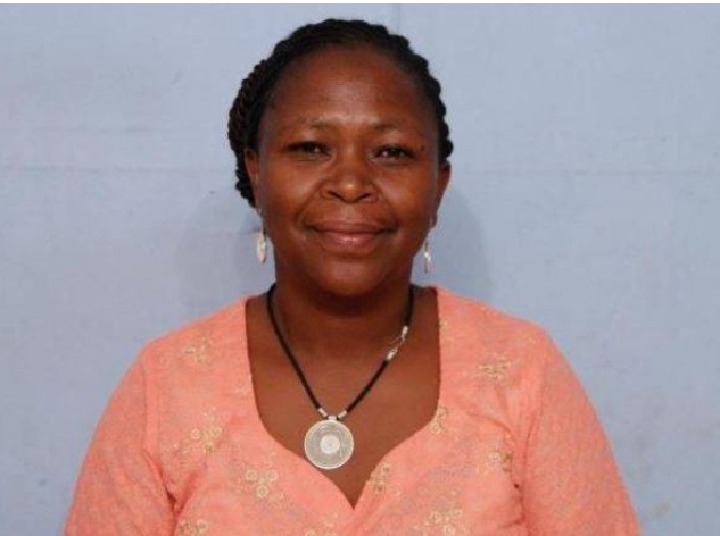 Peter Mwangi Njenga alias Ole Sankale has been identified as the main suspect through criminal intelligence which forensically placed the suspect at the murder scene." The statement read.

According to K24 digital news reports, the suspect was previously seen together with Jennifer and always knew that Jennifer used go to the place where she was murdered for prayers, that's when he ambushed her, assaulted and murdered her. 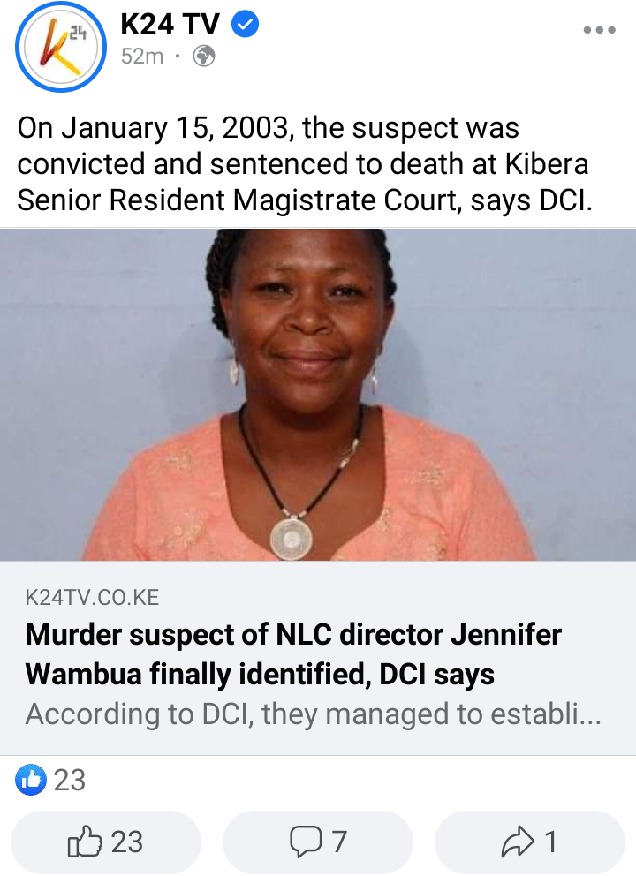 There is a more peculiar detail about Ole Sankale that has been revealed by the Directorate of Criminal Investigations.

According to the CID, Peter Mwangi Njenga was once convicted at the Kibera Law Courts and was supposed to serve a death sentence.

"On January 15, 2003, he was convicted and sentenced to death at Kibera Senior Resident Magistrate Court." The DCI claimed.

What has shocked the detectives is how he managed to escape from jail and never to be traced again.

May Wambua continue resting in peace.