The National Police Service has confirmed an accident that occurred in Likia in Nakuru after a private aircraft with several tourists allegedly crush landed. 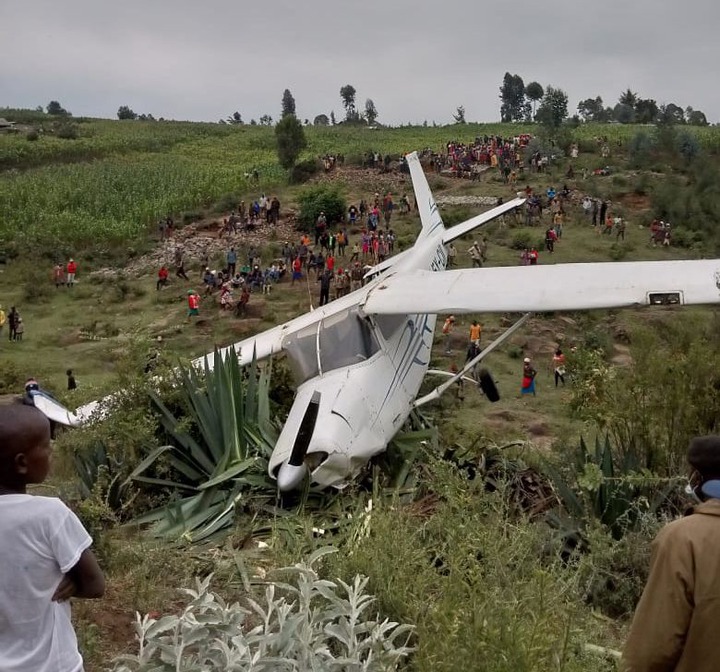 In a news report that has been shared by a reliable source of information, it has been revealed that the aircraft which had several people inside allegedly crushed moments after taking off.

According to the reports given by the National Police Service, it has been revealed that the Occupants were rushed to the hospital where they are currently receiving medical treatment after nursing minor Injuries.

While reacting to this accident, kenyans who took to their different social media accounts to express their opinions and suggestions on the matter have called upon the Kenya Aviation Board to conduct an investigation in order to find out what happened or rather what caused the accident.

According to the reports given by most Kenyans, they claimed that it was so unfortunate that the government is yet to do something about the increasing cases of airplanes crush landing in different parts of the country despite the fact that this might end being tragic.

A few weeks ago, it was reported that Wiper Party leader, honorable Kalonzo Musyoka was forced to land on an emergency after his plane Alegedly experienced technical problems after taking off. According to the reports given by Kalonzo, he claimed that he was happy no one was injured. 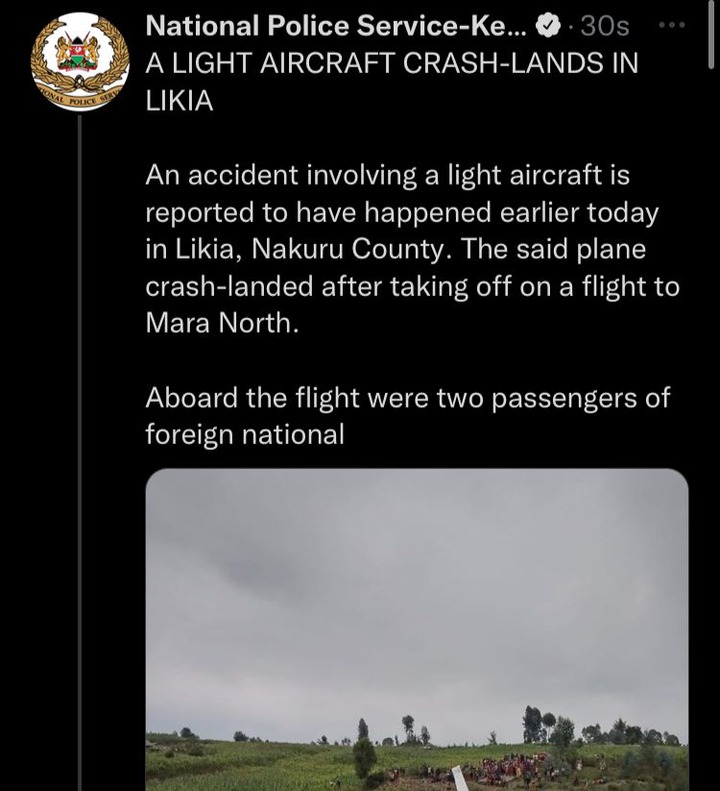 You Remember Musician Wyre? Check Out His Amazing Transformation (Photos)