Homicide detectives have been working hard to unveil the killer of the late Agnes Jebet Tirop who was found with multiple stab wounds in her matrimonial home. Her husband, Ibrahim Kipkempi Rotich is the main suspect as police are trying to grill him and get more information from him after he was arrested as he tried to flee away from the country. 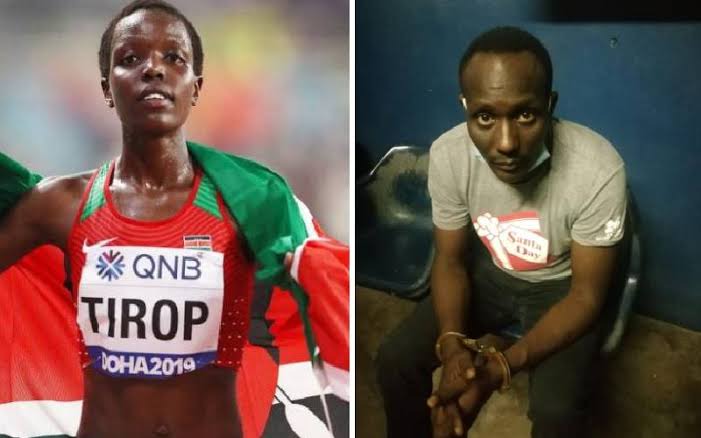 According to Kenyans.co.ke news podcast, Keiyo North Sub county DCIO Andolo Munga has revealed that there are key evidence tools that will help in detaining the murder suspect who is still in police custody.

The police boss stated that the suspect had left a confession note, together with the murder weapon found in the scene will provide more evidence against Ibrahim Kipkempi Rotich. 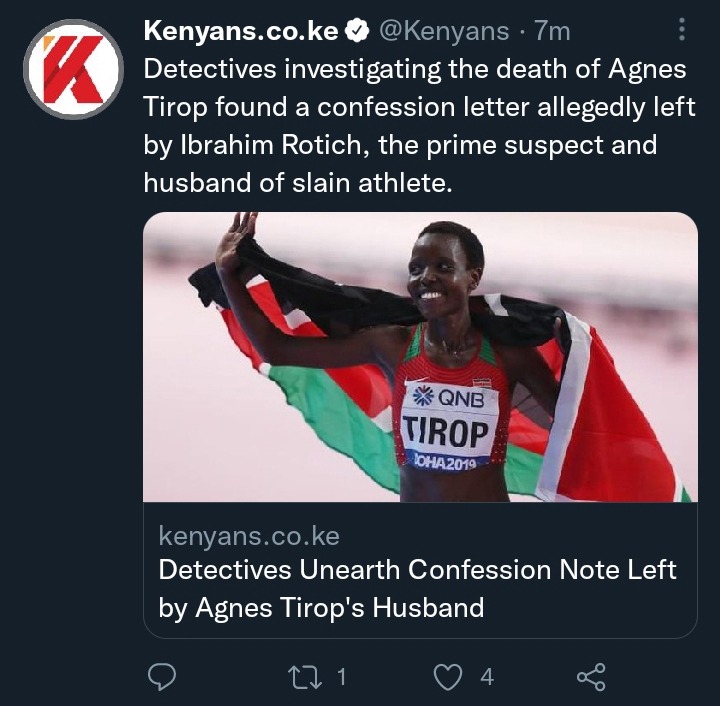 "The autopsy report and the suspect's confession note, together with the murder weapons have given us overwhelming evidence which points to murder." Mr Munga told the reporters.

On the other side, the younger sister to Agnes, Evelyn Jepng'etich revealed that her sister was living in a tough situation with her husband as she faced brutal beatings on multiple occasions. 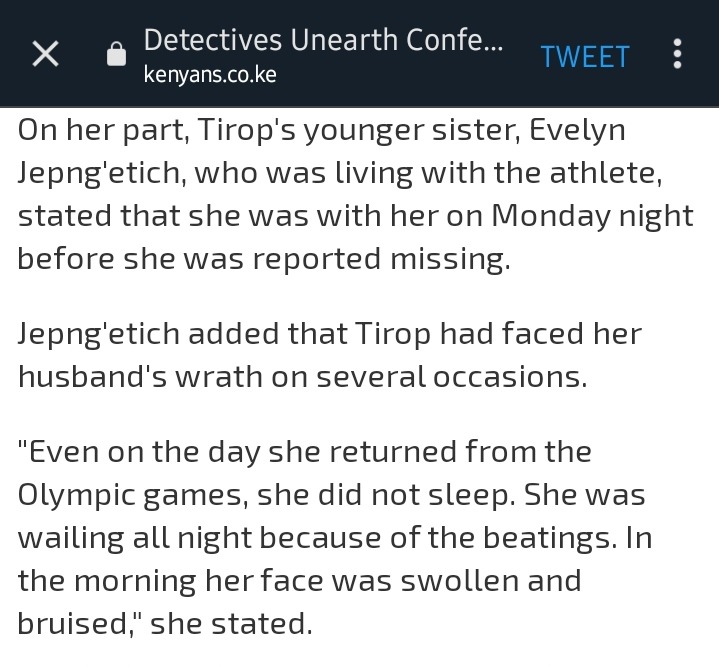 "Even on the day she returned from the Olympic games, she did not sleep. She was wailing all night because of the beatings. In the morning her face was swollen and bruised." Evelyn Jepng'etich stated.

These clear things implicate Ibrahim Kipkempi Rotich as the real killer of Agnes Jebet Tirop who is supposed to go behind bars.