Grief engulfed Baringo during the funeral of a university student who is reported to have been shot and killed by Bandits. 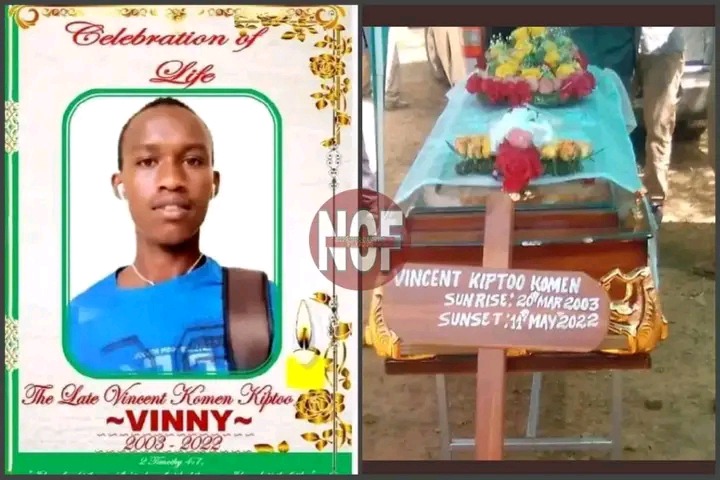 According to the reports given by a reliable source of information, it has been revealed that the deceased who has been identified as Kipto was among the deceased who were shot and killed in latest bandit attacks.

While reacting to this incident, kenyans who took to their different social media accounts to express their opinions and suggestions on the matter have called sent their heart felt condolences to the family and friends of the deceased urging them to remain strong in this trying times.

However, kenyans have also called upon the government to consider looking into the already increasing cases of Bandit attacks in different parts of the country due to the fact that Alot of people are currently Loosing their lives on a daily basis because of the same attacks.

For most Kenyans, the claimed that the right thing to do is to send the Kenya Defense Forces who they said might put an end to the increasing cases of Bandit attacks in different parts of the country. Cases that has so far left several people dead. 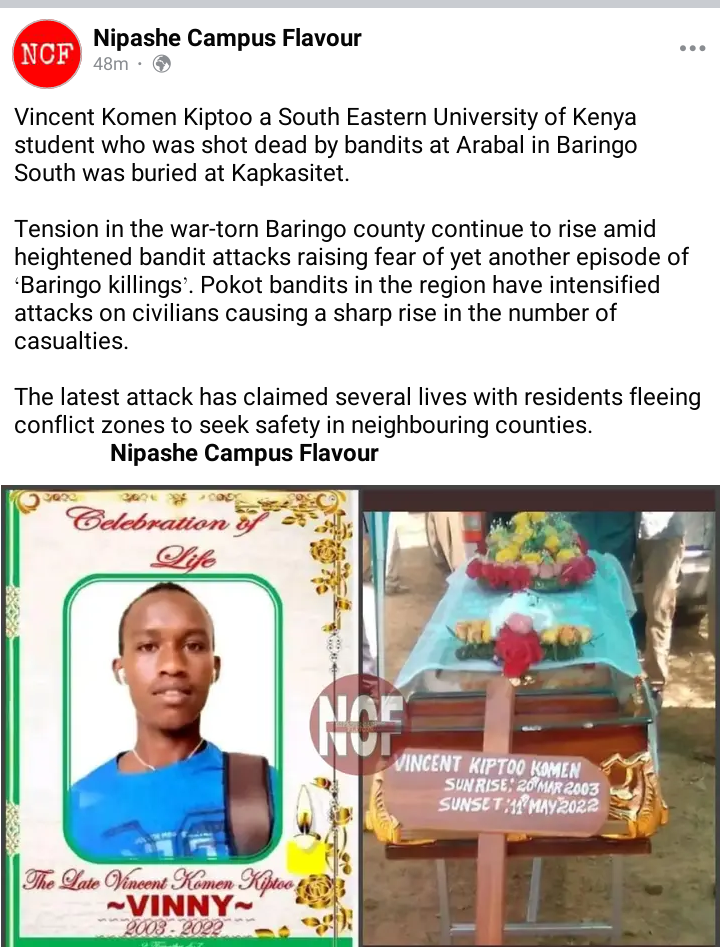