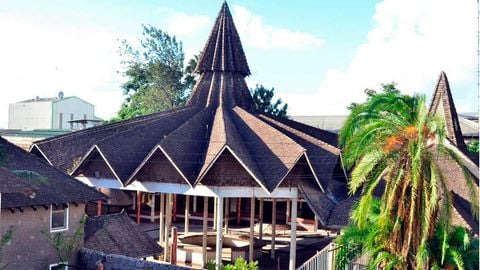 Despite a court order barring any payment for the acquisition of the prime plot located in Cabanas, the National Land Commission (NLC) went ahead and paid Ksh1.8 billion.

The plot of about 10 hectares, of registration number LR No. 209/11293/1 bore Ms. Roseline Njeri Macharia's name as the owner, despite claims that it belonged to the government.

Alleged to be among the plots set to be affected by the ongoing expressway construction, the land stretches from City Cabanas interchange on both sides of Mombasa road to the Southern bypass.

Although belonging to the government, the land was reportedly acquired afresh by the NLC, to pave way for the prestigious upcoming JKIA to James Gichuru (Westlands) expressway.

On Thursday, the Public Accounts Committee (PAC) tasked with probing the illegal payment learned how NLC chairman Gerishom Otachi who chaired the meeting that approved the payment distanced himself from the issue.

NLC commissioner Kazungu Kambi noted how Mr. Otachi led the committee since he was among those having an interest in the plot.

"There were claims on social media against the chairman and the Solicitor-General regarding ownership of the land," revealed Mr. Kazungu.

Kazungu further added that those who went to the court claiming ownership were in one way or another related to Mr. Otachi. Among those who had petitioned for land ownership were Simandi Investments Limited, Simion Nyamanya Ondiba, and Mary Nyamanya.

Despite the court slamming brakes on any payment towards the land, Otachi went ahead and occasioned the payment process as per the September 4, 2020, Gazette Notice.

Garissa Township legislator Aden Duale demanded that the committee be shown documents that may have stopped the payment before it was undertaken.

"We need to see these documents. It is likely that the court order was hidden and only produced after the payment had been made," insisted Duale.

At the same time, the committee heard how the Interim Chief Land Registrar Mr. E Wafula ordered the processing of the payment, despite an ownership investigation that had been started by the Directorate of Criminal Investigations (DCI).

Despite all that, NLC acting Chief Executive Officer Kabale Tache who had accompanied Mr. Kazungu maintained that Ms. Macharia was the rightful owner of the plot.

Ms. Tache added that being an NLC accounting officer, she first investigated that the plot was not a public one, before okaying the payment towards Ms. Macharia.