Why Trump's voter fraud case is similar to Raila's in 2017: lawyer Ahmednasir

By Rev.Jeoffrey (self media writer) | 1 year ago 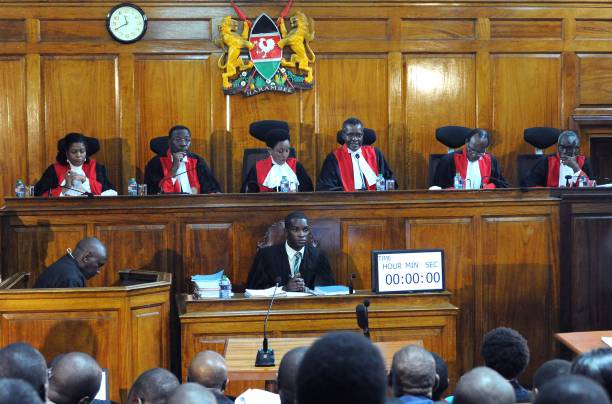 Giuliana's claims that the election was stolen from Trump has been consistently rejected in court since Election Day. There has been no evidence of widespread fraud.

Ahmednasir went on to compare Trump's claims to Raila Odinga's 2017 where it was alleged that the elections were rigged in the favor of Uhuru Kenyatta. The lawyer has claimed the allegations made by Trump's lawyer are similar to Raila Odinga.

He has also alleged that they have copied from Raila's template, but the problem is that they won't have someone like Kenya's Chief Justice to overturn the election.

"In fact they have copied word for word Hon Raila's template. But Giuliani/Trump don't have a Maraga to overturn the will of the people," added Ahmednasir.

Grand Mullah claims cannot be substantiated since Supreme Court of Kenya overturned 2017 August elections, after founding they were not conducted according to the law ordering the second election.

Content created and supplied by: Rev.Jeoffrey (via Opera News )