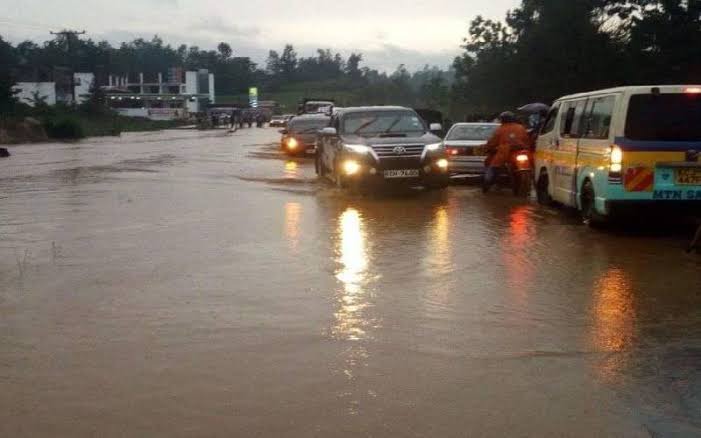 Amidst the heavy rains that are being experienced in the Lower Eastern Kenya region and other parts of the country including the Nairobi Metropolis after months of dryness, there's a saddening tragedy that was witnessed in Kitui county today on December 4th as residents aboard a school bus tried to cross a flooded River Enziu.

The tragedy which depicted how delicate it is to cross a flooded river while in a vehicle occured in Mwingi, Kitui county and has left an unknown number of civilians dead after the bus in which they were travelling being swept away.

In the aftermath of the incident, there's a video that has emerged showing what happened shortly before the accident and how the bus that was reportedly ferrying members of the Mwingi Catholic Church that were heading to a wedding unfolded.

The video starts with the St. Joseph Seminary-Mwingi school bus being seen on one side of the flooded river surrounded by what looks like the locals that were warning the driver not to attempt crossing the river or offering him advice on the best way to go about it. 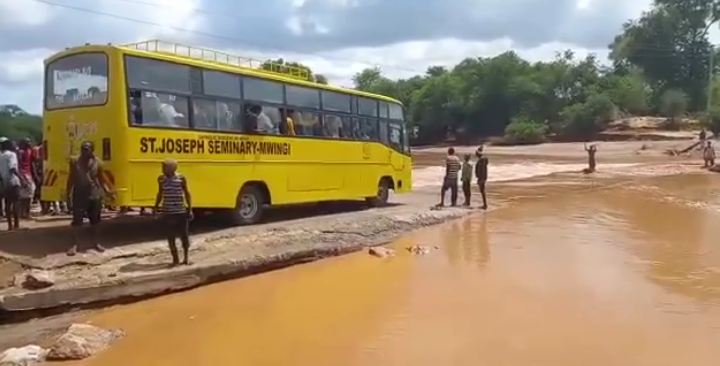 Then after a while, the driver who was reportedly ferrying thirty passengers in the vehicle went ahead to try and cross the river, moving slowly as he gauged the strength of the waters.

Unfortunately, he had moved a distance of less than fifty meters when the bus got overwhelmed by the strong water currents despite the weight it was carrying.

The driver put in all the efforts he could to get the bus moving but his efforts yielded no fruits and the bus was seen losing its balance and plunging into the brown waters.

In a blink of an eye, the bus was deep into the scary waters with its whole body having been submerged to the point where the windows or passengers couldn't be seen.

Some members of the public moved into action to try and rescue the passengers but the strong currents gave them quite a hard task.

At the time of writing to his article, it was being reported that efforts to rescue the thirty occupants that were in the bus were ongoing and around ten people had successfully been rescued.

Unfortunately, it is reported that two lifeless bodies had been retrieved from the river and bus to too.

Below are some photos showing how the incident unfolded; 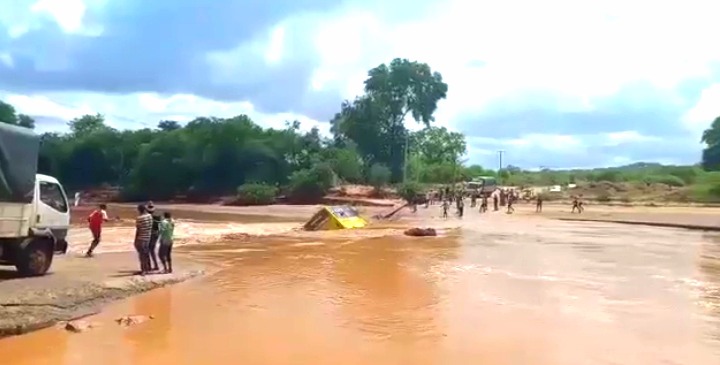 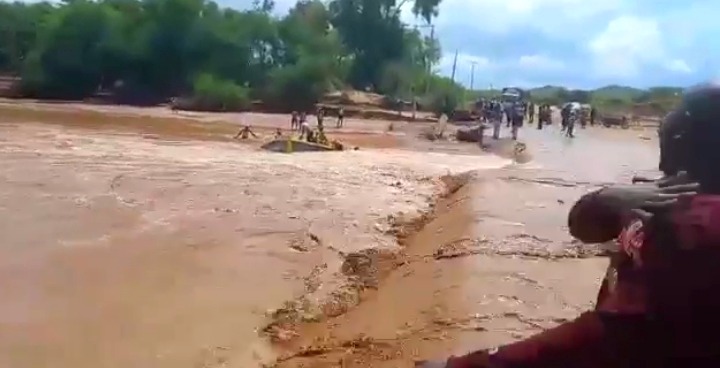 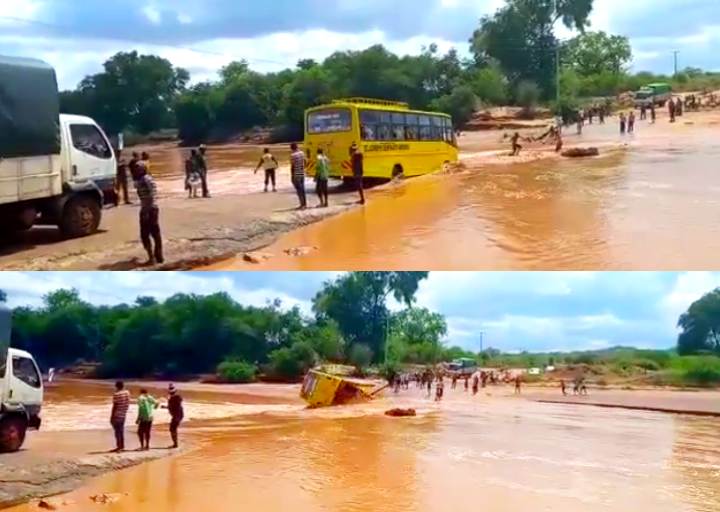 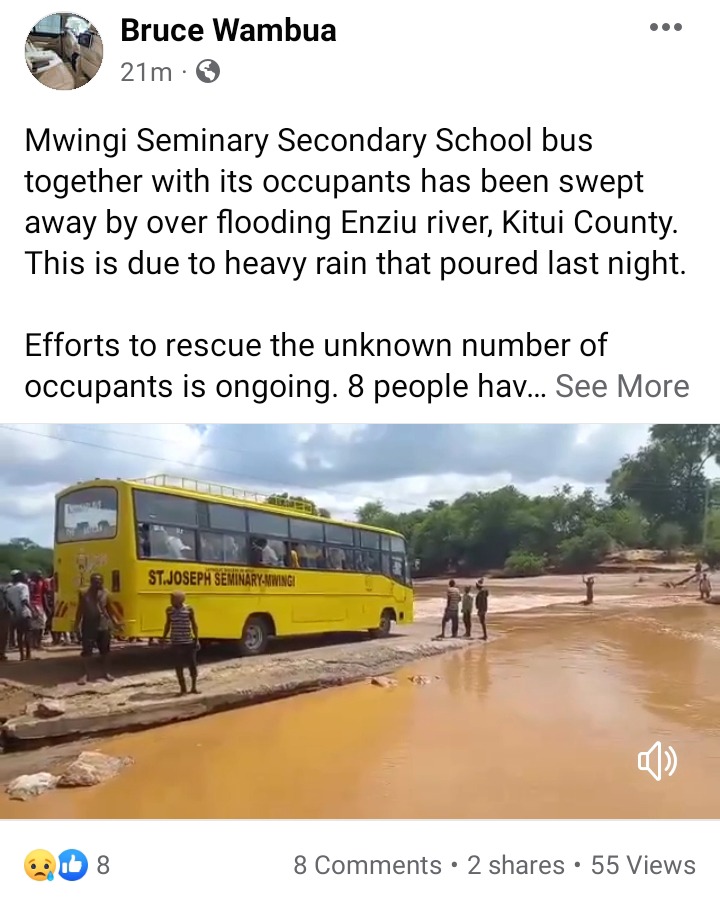 JUST IN: Five People Dead, Several Severely Injured In A Deadly Collision Along A Busy Highway