By Cobrla (self media writer) | 1 year ago 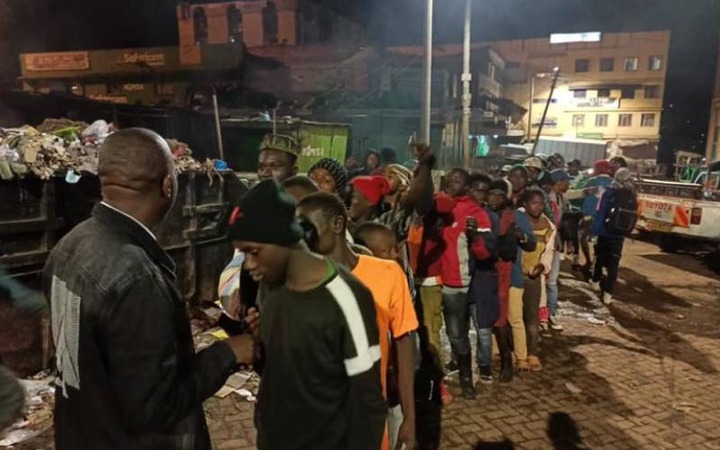 Increased street children in Kisii town are posing a security threat, with some women alleging cases of harassment.

The boys are demanding handouts from women, and shout obscenities at those who don't give.

They walk in groups of not less than 10 and even grope women. Police are investigating claims that they are linked to sale of illicit brews and illegal drugs in the town.

“Drug consumption by these families is motivated by the hard life that they are going through,” he said.

Five street children have died under unclear circumstances in the last one year.

Kisii County Health Executive Sarah Omache said the issue of street children "is a concern for everyone and a reflection of societal challenges."

A social worker in the county, Kefah Nyakundi said: "It is true some of the boys have not received medical attention for long yet they are suffering from sexually transmitted diseases."

"They should be encouraged to visit clinics to access proper medication. We will provide them with guidance and counselling as well as offer rehabilitation services to those who have become addicted to drugs and alcohol,” Omache said.

Records at the Kisii Teaching and Referral Hospital indicate that 30 sexual violence cases have been reported in the last three months. Out of these, eight of the cases were reported by street children.

The future of street children remains gloomy with an active group of commercial sex workers in the town luring them.

In what could be a children theft syndicate, a number of pregnant urchins have lost babies.

Two of the women – one living along Kisii-Kilgoris Road and the other around Gusii Stadium – have been delivering almost on yearly basis but there are no traces of their newborns. The two have stayed in the streets for close to 10 years.

Section of Lumumba Drive in Roysambu Engulfed in Flames [Video]

What Reckless Matatu Conductors Were Spotted Doing On A busy Highway