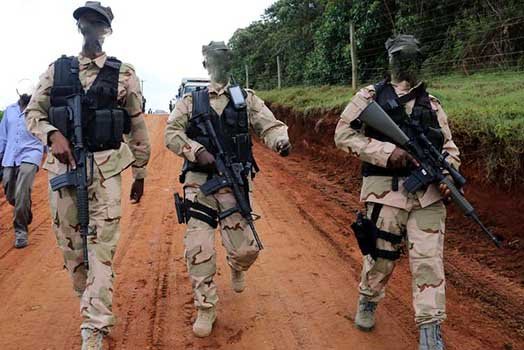 An elite police unit in the past-Courtesy

Police Spokesperson Bruno Shioso has today cleared the air over the 'hit squad', that has been making headlines in bold and red.

For many years now, Kenyans have been talking about a police hit squad, which allegedly don't arrest suspects, but shoot to kill.

Even though details of the said squad remain scanty, or rather not known, it is the most feared among many Kenyans who believe it exists.

The squad is allegedly comprised of officers from the elite police units such as the Recce Company, ATPU among other units 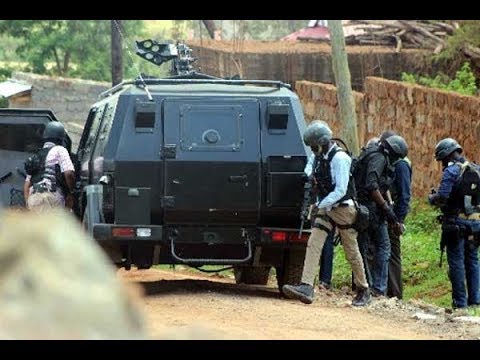 Among those who believe the hit squad exists are the many human rights activists in the county, who have been blaming the 'hit squad' once a member of the public goes missing.

With so many theories about the squad available, a police spokesperson has said the country does not have such a squad in the police service.

Bruno noted that Kenyans have been raising these theories of 'hit squad' once a member of the public goes missing, and change the narrative once the person is traced and found.

"We do not have a police ‘hit squad’…People disappear & as police we look at it as crime…In some of the disappearance cases, people say it is the police but when the people appear and say it was not the police, such stories disappear," he said. 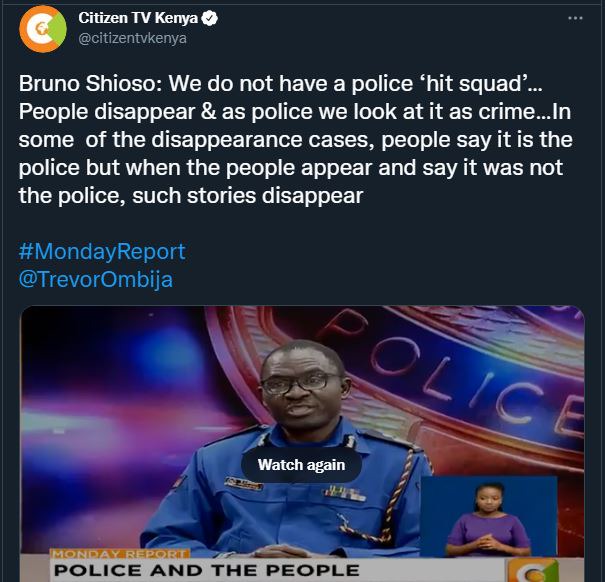 So many suspects linked to terrorism that disappeared in the past were all linked to the hit squad.

One international media house aired a piece that talked about Kenya's hit squad, revealing that the squad has more than 4 police units.

However, the piece was refuted by police and termed as fake.