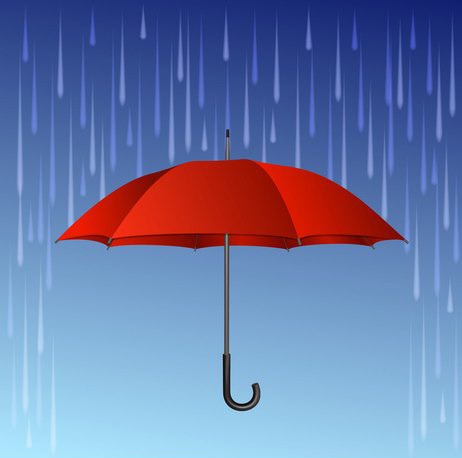 Kenya Meteorological Department through the ministry of Environment and Forestry has issued a prior notification of weather forecast for the next five days valid from tomorrow 16th to 20th October. 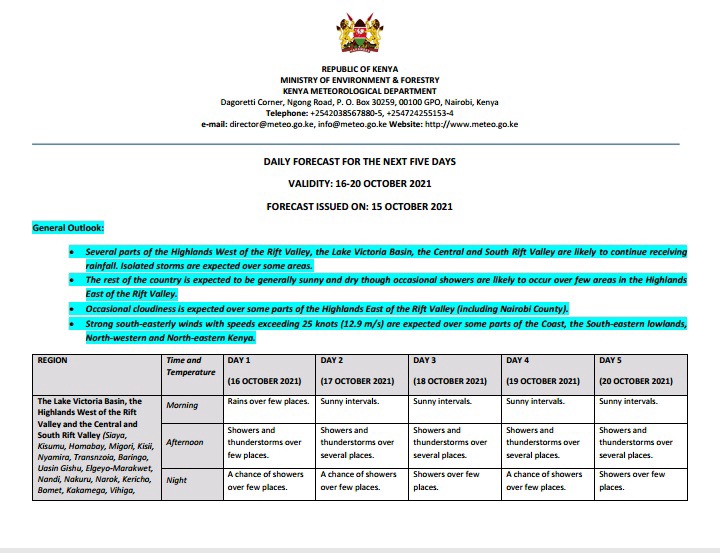 The company has been upto date in issuing accessible and timely climatological information to the public that as a result helped in saving lives, utilizing natural resources and conserving the environment. 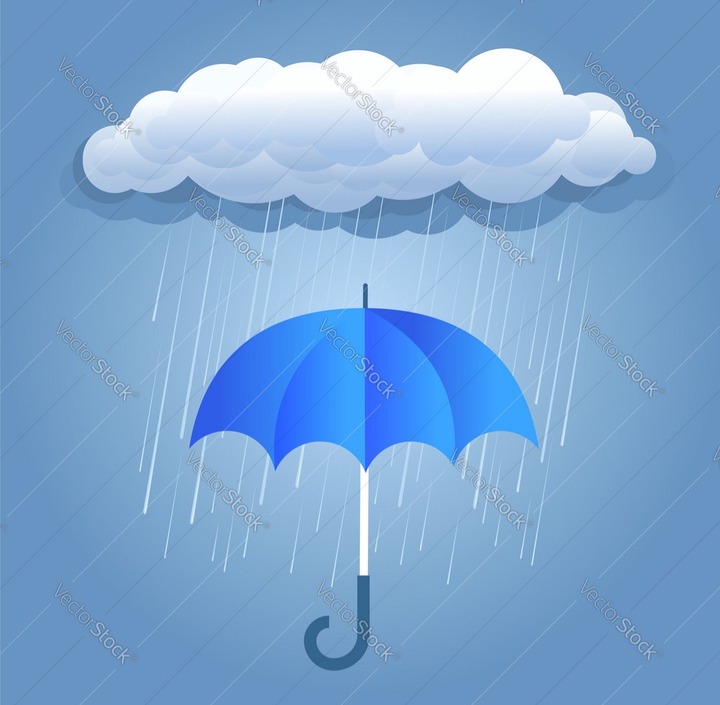 According to the information issued today through the website, several parts of the Highlands West of the Rift Valley, the Lake Victoria Basin, the Central and South Rift Valley are likely to continue receiving rainfall. Isolated storms are expected over some areas.

The rest of the country is expected to be generally sunny and dry though occasional showers are likely to occur over few areas in the Highlands East of the Rift Valley (including Nairobi County). 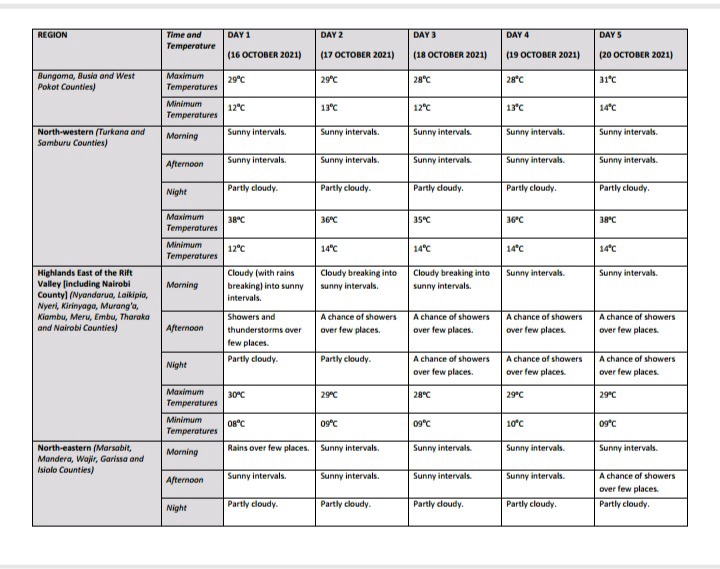 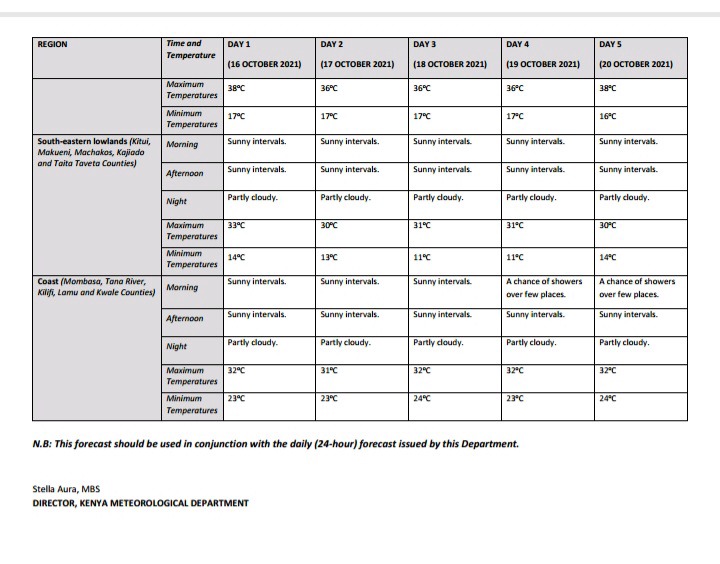 The Coastal regions are likely to remain sunny with partly cloudy conditions at night, however, chances of morning rains are expected over few places during the second half of the forecast period.

The South Eastern Lowlands and the Northwestern parts of Kenya are still likely to experience sunny weather and partly cloudy nights.

Sunny intervals are likely to prevail in the Northeast parts of the country with occasional morning and afternoon showers over few places in the first and last days respectively.

The Highlands West of the Rift Valley and the Lake Victoria Basin and the Central and South Rift Valley Regions are likely to be sunny in the morning. Afternoon showers and thunderstorms are likely to continue over several places and evening showers over few places during the period.

The residents of severely affected areas should take caution and be on the outlook for the dangers that may occur due to changes in weather patterns.

Benefits Of A Teacher Scientific Aprroach To Students