By Legendboss (self media writer) | 2 months ago 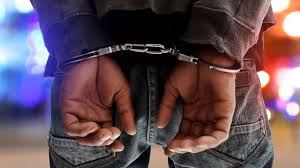 Detectives attached to the Ethics and Anti-Corruption Commission (EACC) have arrested a man for posing as one of the anti-graft watchdog's investigators and demanding a bribe from a civilians. Ibrahim Ngamau Wangari was arrested on Friday evening at Quiver's Lounge along Thika Road after EACC detectives lay a trap for him at the entertainment joint as he sought to solicit a bribe from his would-be victim who had already reported the suspect's advances to the corruption whistleblower.

A source close to EACC told Citizen Digital that the suspect attempted to dupe his victim into believing that he was investigating a case involving the 'irregular' supply of subsidized maize flour, in which the complainant was adversely mentioned, citing that he could make the matter 'disappear' at a fee. The complainant was a miller who had been enlisted by the government to supply subsidized maize flour just before the August 2022 General Election.

After initiating contact on the aforesaid date, the suspect instructed the victim to meet him at the EACC's headquarters in Nairobi on November 25, 2022 to record a statement before abruptly changing the venue of the meeting to Quiver's Lounge.

The complainant was told to carry all documents that he used to supply the subsidized maize flour including a tax compliance certificate, audit reports and bank account statements from January 2022 for inspection.

"The Complainant compiled the ‘required’ documents and when he was on his way to Integrity Centre, the suspect called and changed the venue to Quivers Lounge which he termed as convenient for their discussion on how the suspect would assist the complainant," the source added.

"In the meeting, they were to negotiate the amount the complainant would pay for protection from investigations as well as assistance to get his payment from the Ministry of Agriculture. Unknown to the suspect, the complainant had already reported the matter to EACC."

Ngamau was arrested as he awaited his would-be victim at the Thika Road joint before being whisked to EACC's integrity centre police station for questioning.

He was later moved to Kilimani Police Station where he is currently being detained pending legal action. Ngamau risks being issued with a fine not exceeding Ksh.300,000 or imprisonment for a term not exceeding three years, or both, should he be convicted. 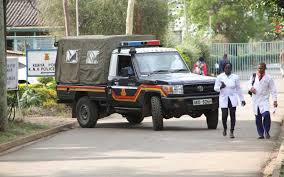 EACC has since advised Kenyans that all its officers and investigators are issued with original identifying documents which they are required by law to present should they be asked to do so in the line of duty.

"EACC has not only issued its officers with appropriate identification documents, which can be verified on request, but also continues to warn members of the public to be vigilant and report to EACC any suspicious persons or fraudsters who present themselves as EACC investigators," the commission said in a statement.

"Members of the public are advised to always insist to any person claiming to be an EACC Investigator to first identify themselves and further take note that any interview or questioning by EACC is undertaken only at the Commission’s premises or in police stations, and not any other place." 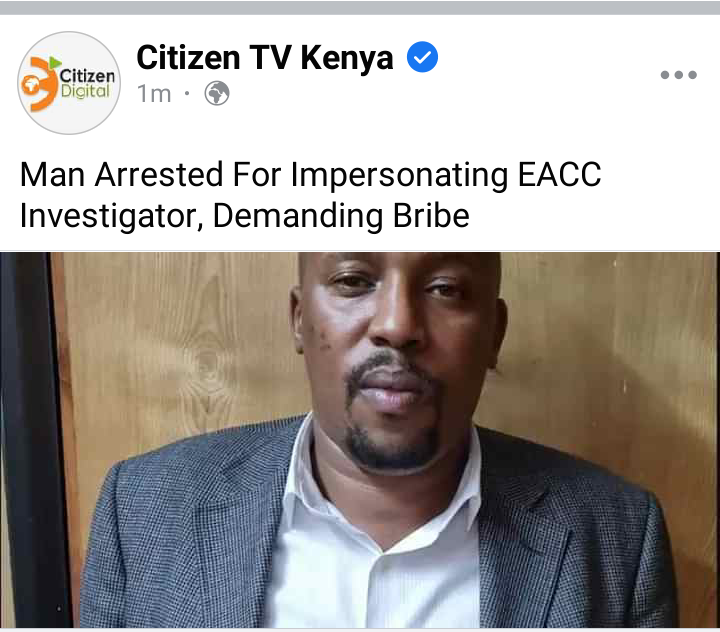