Police officers from Kileleshwa are currently searching for a man who is reported to have Tricked them after which he allegedly stole their guns along with several other things. 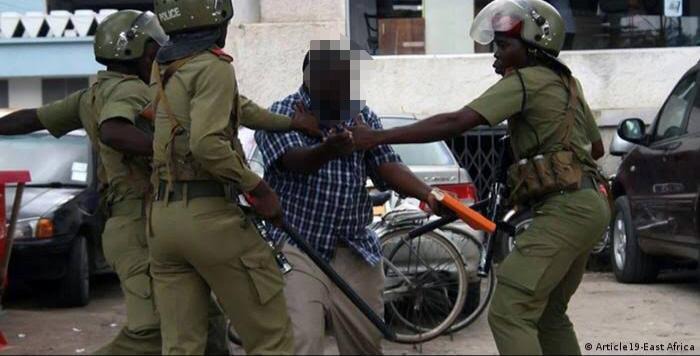 In an incident that happened yesterday in the evening, it has been revealed that the suspect whose name is yet to be disclosed was allegedly arrested by police zfte he was found driving under the influence of alcohol and for this reason, officers cuffed him ready to take him to the police station.

However, the police officers who were driving the man's vehicle were Tricked into stopping the car after the suspect allegedly told them that his vehicle had experienced some mechanical damage which needed to be sorted by him due to the fact that he knew his car better than they did.

For this reason, police officers who handcuffed the man later freed him and stepped out of the vehicle in order to let the man fix his car before they could proceed with what they were doing.

Unknown to them that this was a plan, the man allegedly took this chance to drive off with his vehicle after he allegedly drove off leaving the stranded police officers who had to find another vehicle in order to chase him. Reports have revealed that the suspect was able to outrun the officers who lost their guns.

Due to this reason, police officers who are currently searching for the suspect have called upon any Kenyan who might have any information to report to the nearest police station for more investigation. This is happening at the same time when the National Police Service has called upon kenyans urging them to always follow the due diligence and ask for proof from people who are currently Robbing innocent kenyans while posing as police officers. 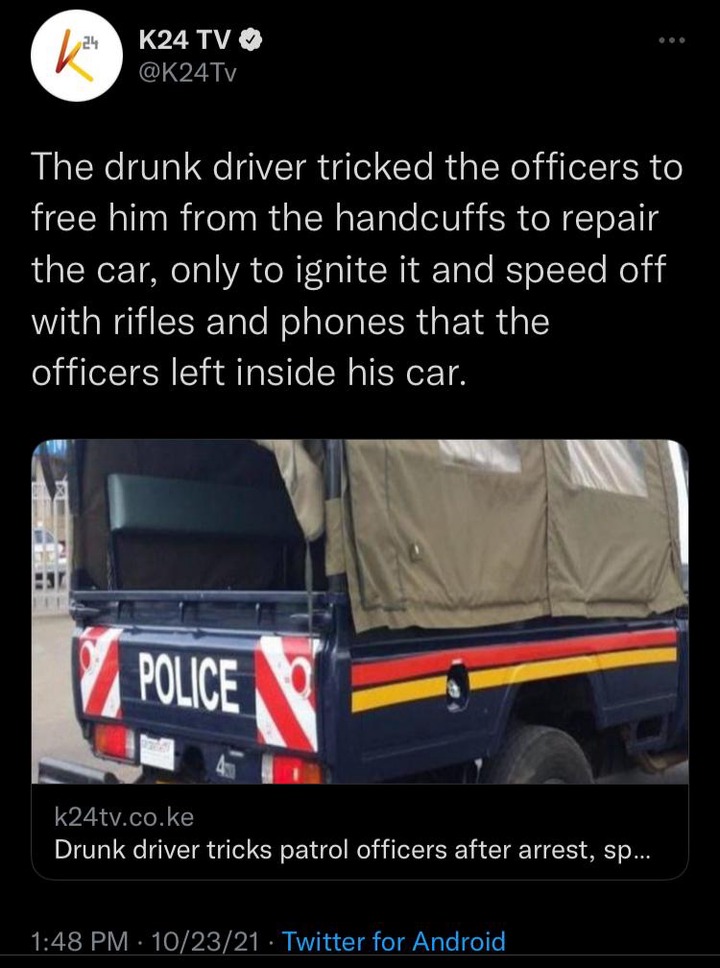