By Hot_Breaking_News (self media writer) | 1 month ago

A drama was experienced in Murang'a county when a married woman was caught red-handed satisfying herself with her husband's stepbrother while in a lodging. Peter Murira, the husband of the cheating wife left home for work yesterday morning, since he left behind a housewife, he decided to leave Ksh250 for supper knowing he will be home late in the night.

When Peter came back at around 9:00 pm he was shocked to see that his stepbrother had visited their home and from a distance, he heard the duo laughing jokingly but he decided to assume their context. Peter slept peacefully waiting for the next day to go hustling.

Peter woke up the next day, took a bath, and went on his daily insurance selling hustle. At around 1:00 pm the next day, Peter had a glimpse of his wife in the company of the stepbrother, at first, he thought that he was being escorted to board a bus back to his home, but curiosity led him to where the two were heading.

Peter saw his wife and her visitor heading to a lodging located around Club Tickers. He secretly and silently followed them until they entered the room and closed the door behind them. Peter chose to wait and see what followed but the waiting was too long that he became impatient, he decided to call a friend who helped him break into the room.

The duo was shocked to see that their tracks had been monitored, they lay down with no clothes on as their bodies were sweating profusely. Peter was forced to divorce the woman as they had no children together, the angered Peter also disowned the man as his brother for what he had done.

Stacy Kiragu, a doctor in Murang'a county gas said that cases of infidelity have been on their rise and it's only trust and loyalty that can make a family thrive to its expected limits. 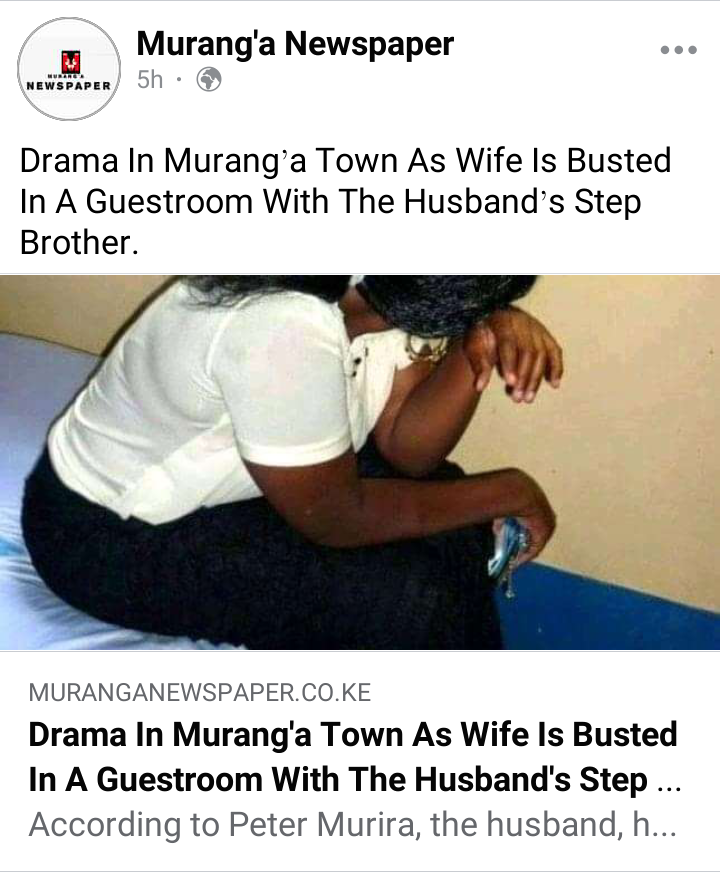 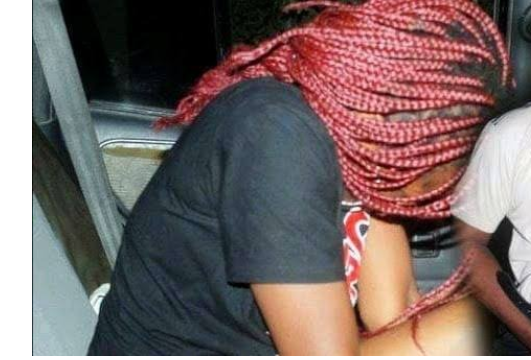