A man has been arrested by the police after he allegedly surrendered himself to them days after he fled from a crime scene where he had killed his wife who he allegedly found in bed with another man on their matrimonial bed.

Taking to their different social media accounts to confirm the incident, the directorate of criminal investigations have revealed that the deceased whose name is yet to be disclosed is reported to have been killed by her 28 year old husband who stabbed her several times.

This is happening at the same time when the government through the National Police Service has revealed that the rate of murder and suicide in the country is on the rise. According to the reports given by the NPS, they claimed that Alot of kenyans are currently reporting several murder incidents on an alarming level.

Reacting to this incidents, the inspector General of police, Hillary Mutyambai has revealed that they are currently working on a way in which police officers in Kenya will get education on matters to do with mental health issues. This according to him will reduce this similar cases which have been attributed to depression and other mental health issues. 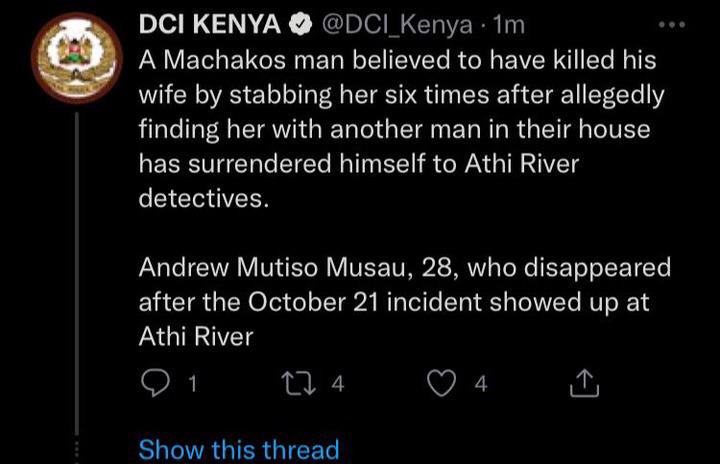 At the same time, a number of nonprofit organizations related to mental health has called upon the government urging them to declare mental health care a national priority. According to the reports given by these institutions, they claimed that this is the only way in which these cases were going to subside. 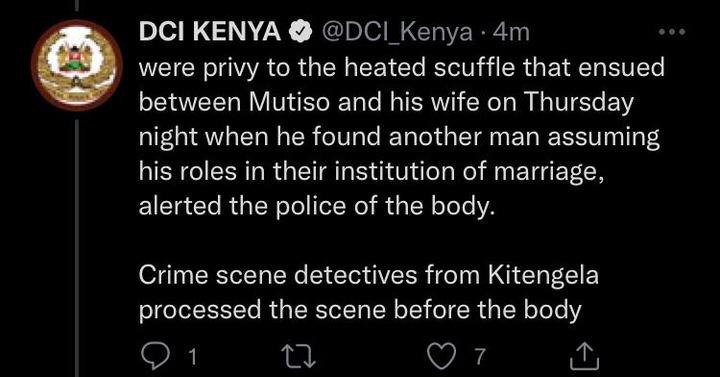