By MwagungaThoya (self media writer) | 12 days ago Police in Lamu are investigating an incident where a grade 4 girl is said to have allegedly been impregnated by a fellow pupil in one of the primary schools in Lamu Island.

The girl is aged 14 years while the boy who is in class 7 at the same school is aged 16 years.

A local administrator who talked to Opera News Hub on Wednesday said the minors live in a remote village which is about 10 kilometres from their school.

According to the school administration as well, the two minors always accompany one another to attend daily classes in the morning and go back home in the evening and no one knew that they had any sexual relationship. “We are shocked to be informed that the girl is four months pregnant. That her friend, the boy of class 7 whom they always walk together to and from school is the one behind the pregnancy. A pregnancy test has been done and proved that the girl is indeed four months pregnant. Together with the headteacher, we interrogated the girl and revealed that while on their way home in July this year the boy threatened her with a panga before forcing her into a sexual spree,” said the local administrator.

The class 7 boy is also alleged to have issued death threats to the girl if at any circumstance she will reveal the ‘love affair’ with him.

The matter has already been recorded at the Lamu Central Police Station for further investigations.

“It is true. We have the reports of a grade 4 girl who has been impregnated by a class 7 boy in one of the schools in Lamu. Investigation is ongoing,” said Mr Macharia.

Cases of child defilement and rape are rife in Lamu. 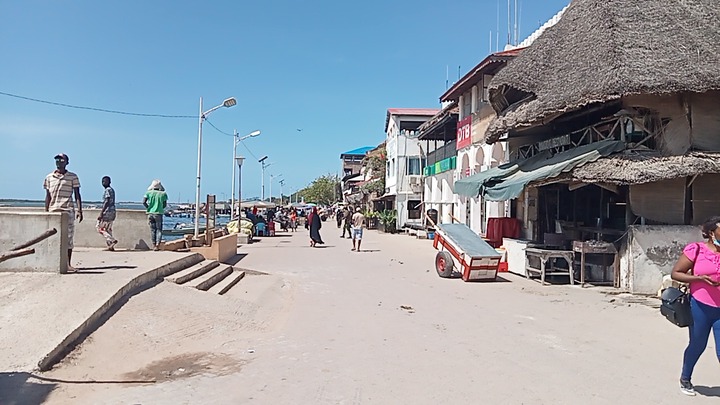 Last month, a nin-year-old girl was allegedly sexually molested and threatened to be killed by a 66-year-old boda boda operator within Lamu Island.

The alleged defiler had been entrusted with ferrying the girl home from madrassa classes every day.

According to police reports and that of family, the man would make stops at his house enroute home from the classes and defile the girl. The man also attempted to bribe the girl into silence using monetary gifts.

The man has already been arrested and the case is ongoing.