By KrimeExpert (self media writer) | 27 days ago

Passengers were forced to witness a dramatic scene after two drivers were caught on Camera fighting for unknown reasons. In an incident that happened in an unconfirmed location, it has been revealed that the driver of the public service vehicle or rather Psv allegedly tried to overtake the trailer that was heading in the same location.

However, things took a toll after his vehicle got scratched in the process leaving it with a huge dent forcing him to stop the vehicle after which he decided to beat the truck driver accusing him of wanting to kill his passengers.

Things went out of hand after the alleged driver of the Psv got info his vehicle after which he pulled out a Club beating the truck driver mercilessly Untill he was stopped by several other drivers who came to the rescue of the man.

According to the reports given by the truck driver, he said that the Psv driver allegedly tried to overtake him in a narrow road and since he couldn't move due to the fact that he might have hit or even pushed other vehicles from the cliff, he decided to keep his vehicle steady.

"This man tried to overtake me and as per the position of our vehicles, you can clearly see that he is the one who was on the wrong side of the road because if I moved i would have pushed other vehicles off the cliff furthermore this road is narrow", He said. 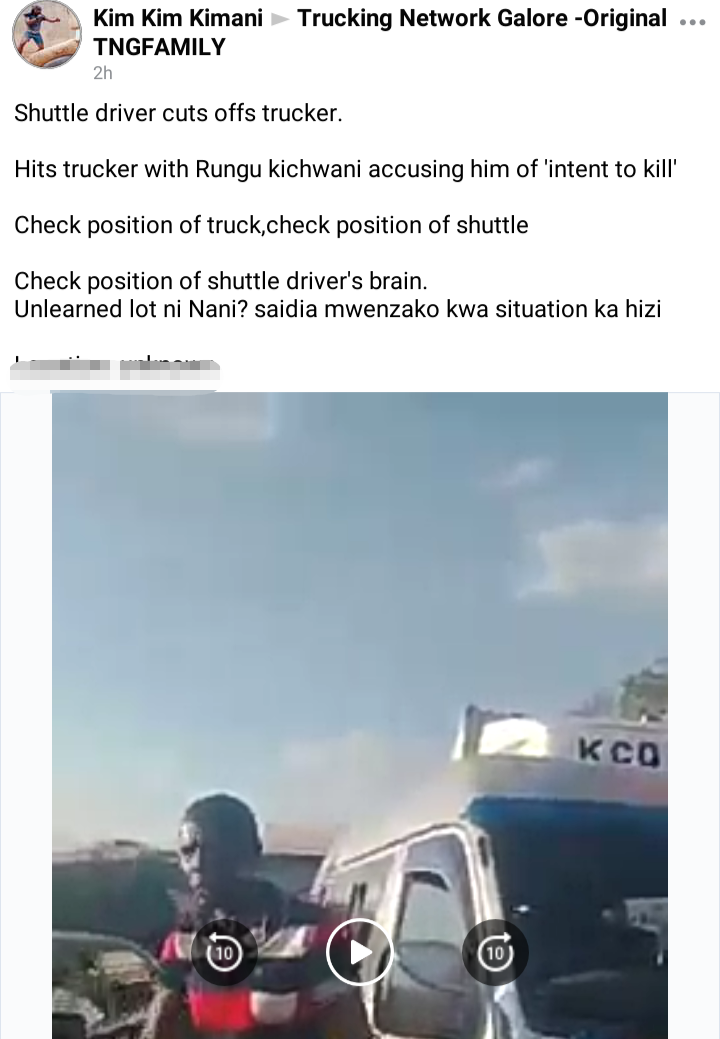 5 Things You Should Never Do In front Of Your Children

"If we Vote Today William Ruto Will be President," Cyrus Jirongo Says

Betty Kyallo Opens Up On Why He Loves Her Boyfriend Nick