What A World- 20 Pilgrims Perished In Road Accident

By Jeropkibe (self meida writer) | 2 days 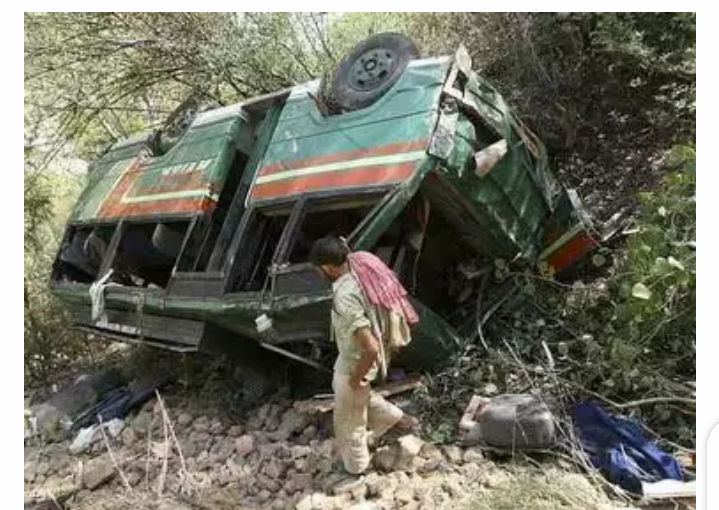 According to local officials and the police, a speeding bus carrying pilgrims overturned on a highway and fell into a ravine early yesterday in a remote area of southwestern Pakistan, killing at least 20 and injuring 50 other people.

According to local police official Hafeez Ullah Mengal, the accident occurred on Wednesday in Khuzdar, a district in Baluchistan province. As a result of the rescue effort, the dead and injured were transported to government and military hospitals, he explained further.

A passenger who was injured during the accident, Imam Bakhsh, told The Associated Press by phone that the passengers had repeatedly urged the driver to drive more carefully.

He accused the driver of driving recklessly while listening to music.

The Levies security force official, Imran Ahmad said that drivers' negligence may have been responsible for the accident, but that the investigation is ongoing.

After visiting the shrine of a Sufi saint in the neighboring southern province of Sindh, the pilgrims returned to Dadu, a district within the province.

Bashir Ahmed, the deputy commissioner for Khuzdar district, said that the driver lost control after he made a sharp turn.

In his statement, he said the bus was overcrowded, and a few pilgrims were also seated on the roof of the bus at the time that the accident happened.

According to Ahmed, a number of the injured have been listed in critical condition. The bus driver was also injured, according to him.

There are a lot of fatal accidents that occur in Pakistan every year as a result of poor road infrastructure and disregard for traffic laws.

Thirteen people were killed and 29 injured by a bus that overturned on a highway in the southern district of Sukkur last month.

In the recent bus accident, at least 65 people were killed in a horrific collision between two trains in Ghotki, a city located in the province of Sindh in the southern part of the country.