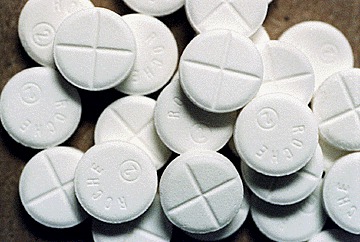 Men are losing thousands of shillings at the hands of women who stalk entertainment places and poison their drinks, according to recent reports.

To make their victims more vulnerable to theft, the thieves lace their beverages.

'Mchele,' a Swahili term for rice, is the name for this habit. The medications used by the thieves mimic cereal grains, thus the name 'Mchele.'

Date rape drugs, illicit narcotics, or prescription medications are used by the perpetrators, who are mostly women.

They 'walk' their victims out of these nightclubs minutes later. Victims reawaken hours or days later to discover that their money and other things have been taken.

Mchele medicines are mostly used as an anaesthetic and for psychosis, according to Dr Lucas Nyabero, CEO of the Pharmaceutical Society of Kenya (PSK).

Some anesthetics numb the brain in order to induce sleep during more invasive surgical operations in the head, chest, or belly.

Antipsychotic medicines are commonly used to treat mental illnesses. Sedation, such as tiredness and sluggishness, is one of the medications' adverse effects. High dosages of these medicines have resulted in fatalities, lifelong amnesia, and days of lethargy.

Why is the medication frequently used with alcoholic beverages?

The CNS is designed to do several tasks at once. It regulates voluntary motions like talking and walking, as well as involuntary ones like blinking and breathing. It also serves as the foundation for our thoughts, perceptions, and feelings.

Some of the medications used

Rohypnol is a prescription medicine that helps with anaesthesia and is used to treat severe insomnia (lack of sleep). It's a sedative that can ease stress and make you feel incredibly calm. It's illegally used as a date rape medication.

Slurred speech, inability to focus, poor coordination, dizziness, nausea, and memory loss are all symptoms of Rohypnol overdose. It does not kill, though, and can cause a person to sleep for up to two days.

Ketamine; sometimes known as K, is an anesthetic used by veterinarians to treat animals. It induces an out-of-body sensation that is more intense the more it is used.

Midazolam, sold under the brand name Dormicum, is a highly effective sedative.

Scopolamine is used to treat nausea and vomiting in patients, but it can also produce hallucinations, disorientation, and paranoia.

Stilnox is used to help patients with insomnia fall asleep.

What should you do if you think you've been drugged?

To begin, whether your drink is alcoholic or not, never leave it unattended. Go out with a trusted companion, remain close, and keep an eye on each other. Drink in moderation and refuse to take a drink from someone you don't know.

If you believe a friend's drink has been spiked, do not leave them alone; instead, inform the bar or pub management, bouncer, or staff.

If the situation worsens, keep talking to them, transport them to the hospital, or call an ambulance. Do not leave them with a stranger or someone they do not know, and do not allow them to return home alone.

Do not invite strangers into your home or hotel room.

Remember that once the medicine is in your system, you cannot vomit it out, and you will feel dizzy within five minutes.

Akuku Danger Reveals The Only Way His Sickle Cell Can Be Cured, Discloses Major Obstacle Towards It

Photos : KICC Set To Receive The Chief Guest George Wajackoya As He Launches His Manifesto