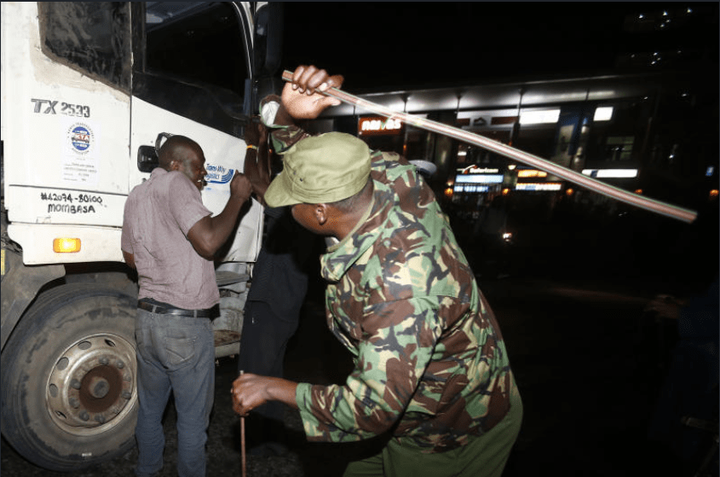 The Independent Policing Oversight Authority (IPOA) has now released names of five police officers who are the suspects following the murder of one man in Mombasa while in police custody.

Following an investigation by the policing body, Khalif Abdulahi Sigat, James Muli Koti, Joseph Odhiambo Sirawa, Edward Kongo Onchonga and Nelson Nkanae will be arraigned in a Nairobi Court on Wednesday to answer to murder charges.

According to IPOA, the deceased, Mr. Caleb Ospino Otieno got arrested in suspicion of being in possession of illegal alcohol.

He was taken to the Changamwe Police Station, Mombasa but unfortunately passed away while in custody hours after his arrest.

His sudden death raised question that prompted the IPOA to start an investigations which has been concluded and the case file handed to the relevant authorities.

Four of the officers have since been arrested while one remains at large. The police have now requested him to surrender to the authorities to answer to the murder case facing him alongside his fellow officers.

The IPOA has further revealed that the deceased died from multiple injuries inflicted on his body by a blunt object.

The five officers will be expected to undergo a mental assessment to check if they are fit to stand a trial. 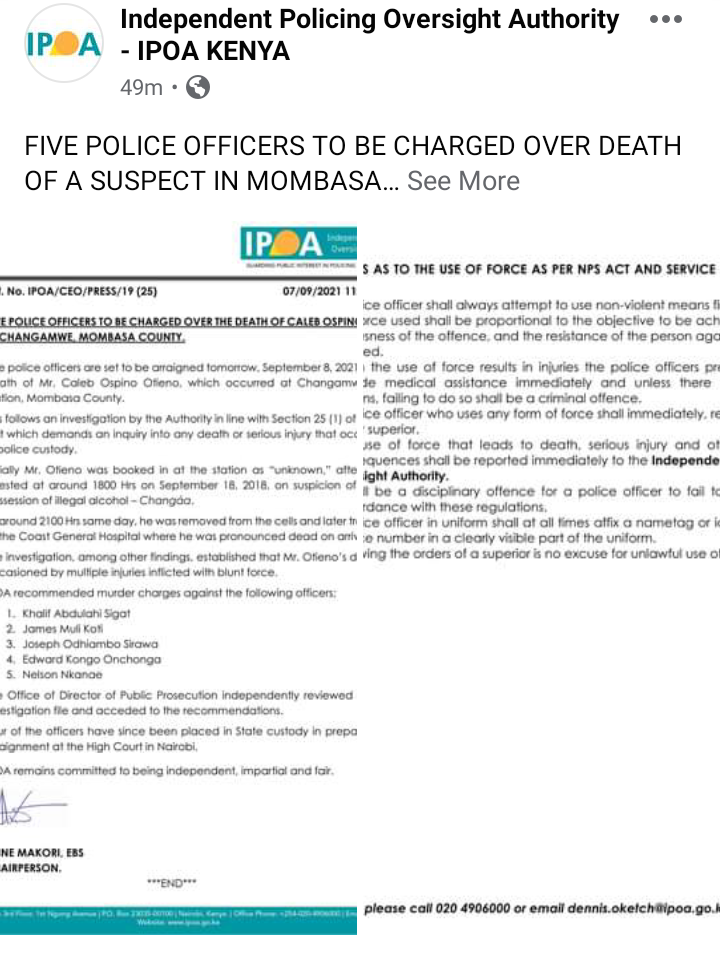 Cases of police killings have been on the rise in the country ever since the introduction of the night-dawn curfew.

Many citizens have complained of police using excessive force while enforcing the curfew something that has left many of them with injuries from a rough beating by the police while others were left for the death.

Many have called on the government to end the curfew which they say has not been useful in containing the spread of the novel covid-19 in the country.

However, the government has remained firm with the curfew which it says has helped curb the spread of the virus at night during various functions that take place mostly at night.