The National Police Service has finally broken their silence following a viral video of several GSU officers who claimed that they were going to make sure they deal with criminals as soon as they get out of their training camps. 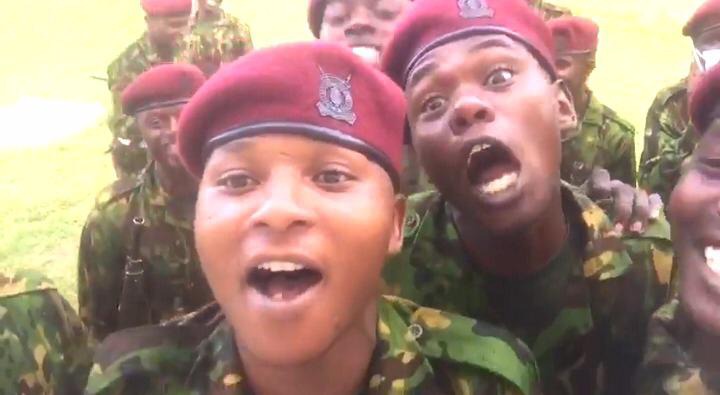 Releasing a statement over the same Video, the National Police Service has claimed that they are currently investigating this incident in order to find out what the suspects meant adding that they were going to make sure the GSU officers who were in the Video are dealt with in terms of discipline.

According to the reports given by the NPS, they claimed that the words or rather the remarks made by the GSUs does not reflect on the actual motive and behaviors of the GSU adding that the GSUs, oath of protecting and serving normal citizens is still the main objective within the GSUs camp along with the entire kenya security departments.

In a video that has been shared by a reliable source of information, a number of GSU officers could be seen threatening Thugs while jumping up and down claiming that they were going to make sure they handle all these criminals as soon as they get out of their camps.

"Don't play with us, we don't like jokes and we will make sure that we deal with you. We are coming out of our training camps and we'll make sure that all the criminals are dealt with because we're not h ere to play with them", they said.

Their remarks sparked Alot of mixed reactions from a number of kenyans who took to their different social media accounts to express their opinions and suggestions on the matter. With a section of kenyans congratulating them, others went ahead and called them out claiming that they should be disciplined. 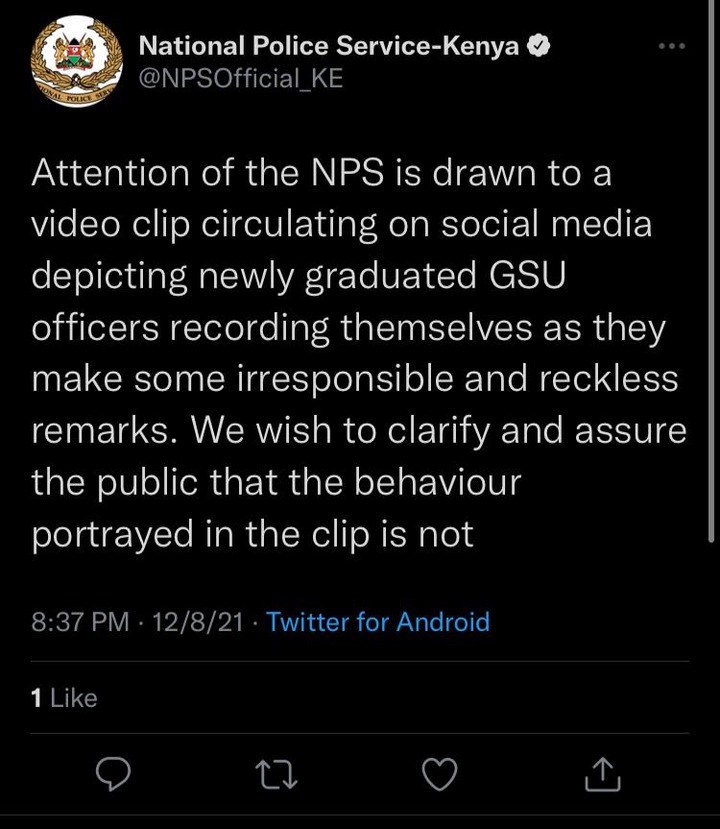