By AngelMbuthia (self meida writer) | 27 days

The cold murder of the late sergeant Arnold Kipyegon Kenei, an officer who worked in the deputy president William Ruto's Harambee Annex office has raised eyebrows after the KTN news reporter Duncan Khaemba aired the news on Sunday 11th April 2021.

Sergeant Arnold Kenei was reported to be missing days before he could record a statement over the case that linked the former sports CS Echesa who was accused attempting to lure the foreign investors in a fake military procurement deal that was valued at Ksh39Billions.

Dramatic twist took a different discourse after the helpless body of the late Kenei was found in his house in Imara Daima as the DCI officers commenced a thorough investigation to establish the cause of Kenei's death and the culprits held accountable. 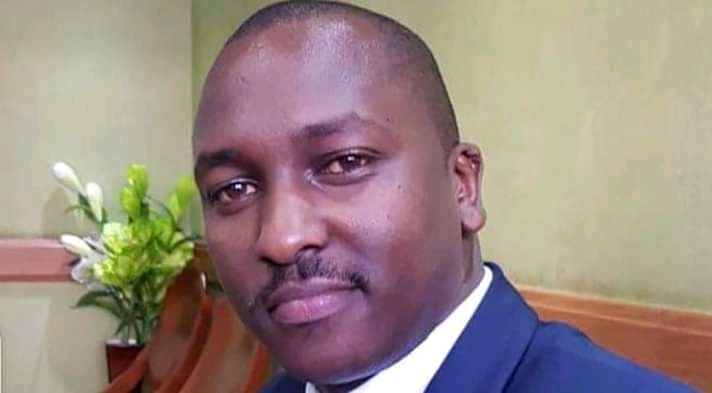 In yesterday's report, Kenei's father John Chesang seems to be distressed about his son's death and throws the blames to the deputy president William Ruto's Harambee Annex office, although KTN couldn't independently verify the claims.

Mzee Chesang allegedly opined that his son Kenei was for umpteenth times discriminated following the claims that he was from a Kalenjin sub-tribe called Tugen while all other officers were from the Nandi sub-tribe, a move that ocassioned him (Kenei) to seek transfer 2 times but all his efforts reaped no fruits.

Mzee Chesang alleged that the second in command has never honoured his promises and has never communicated to the family of the late Kenei ever since he left the burial.

According to the postmortem and investigations on Kenei's death, proves indicate that he did not commit suicide as it was previously alleged as his father stated that Kenei's life was moving on swiftly and had even hatched plans to pay dowry for his wife on the month of August 2020.

His lifeless body was found in Pajamas, he didn't own any, a situation which revealed that he was murdered somewhere else and his body sneaked in his house.

Kenei's father wondered why the former sports CS Rashid Echesa was allowed in Ruto's office yet he had been fired by the head of state president Uhuru Kenyatta.

It is now 13 months after the untimely cold murder of the late sergeant Arnold Kenei and the neither the DCI nor the deputy president William Ruto's office have come out to explain the death of the 33 year old officer Kenei.

Kenei's family accepted that their son is no more and they are still seeking justice over the death of Kenei.

Here Are The 4 Types Of Boyfriends Each Woman Dreams Of. Do You Have Any Of The Following Traits?

"Enough Of These..." Pope Francis Is Totally Unhappy With What Is Happening In Jerusalem