By Waiver (self media writer) | 6 months ago

The police have enlisted risky areas that are considered crime zones and advised Kenyans on what to do to avoid being victims. According to the Deputy Police Spokesperson Charles Koskey, thugs keep innovating different ways of operating and lately, they have become unpredictable. 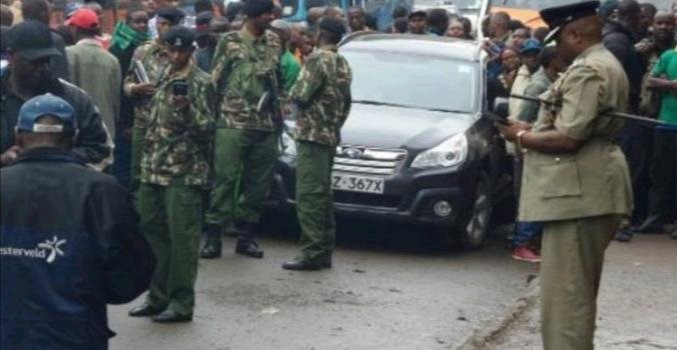 Koskey said that the thugs have been caught by residents in areas like Mombasa's Mathare where one of them was killed by an irate mob, Githurai Roundabout where a man using a motorbike snatched a phone from one lady and Kamukunji area where police officers engaged one armed thief before recovering a gun from him.

Other areas that were red-marked include Junction Mall where rampant cases of thuggery have been reported in the recent past.

Koskey said that the hotspots have already been marked and officers deployed to beef up security. He however urged the public to avoid walking in isolated places, using their phones in the areas and stop buying used items for they might have been stolen.