As sports government official from Meru has been sentenced to 10 years in prison after the prosecution proved without reasonable doubt that he attempted to defile a Form two boy in his house in South East of Tigania.

According to the reports given by the witnesses or rather locals from Tigania, they claimed that the suspect had been busted in attempts to take advantage of the boy after which he denied the charges claiming that all of this was a misunderstanding.

However, the victim who revealed what actually happened claimed that the suspect had called him over in order to help him with something which he couldn't understand but as soon as he got into the house, the suspect closed the door and made advances towards him wanting to undress him before he screamed.

This was followed by a dramatic scene after the residents who heard the boy's call for help reacted quickly taking the suspect to the nearest police station for more investigations and questioning after some of them threatened to stone him to death.

According to the magistrate who was listening to the case, he claimed that the suspect had been found guilty of the act and so due to this reason, he sentenced him to 10 years in prison sending a warning to all Kenyans who might be thinking of taking advantage of learners. 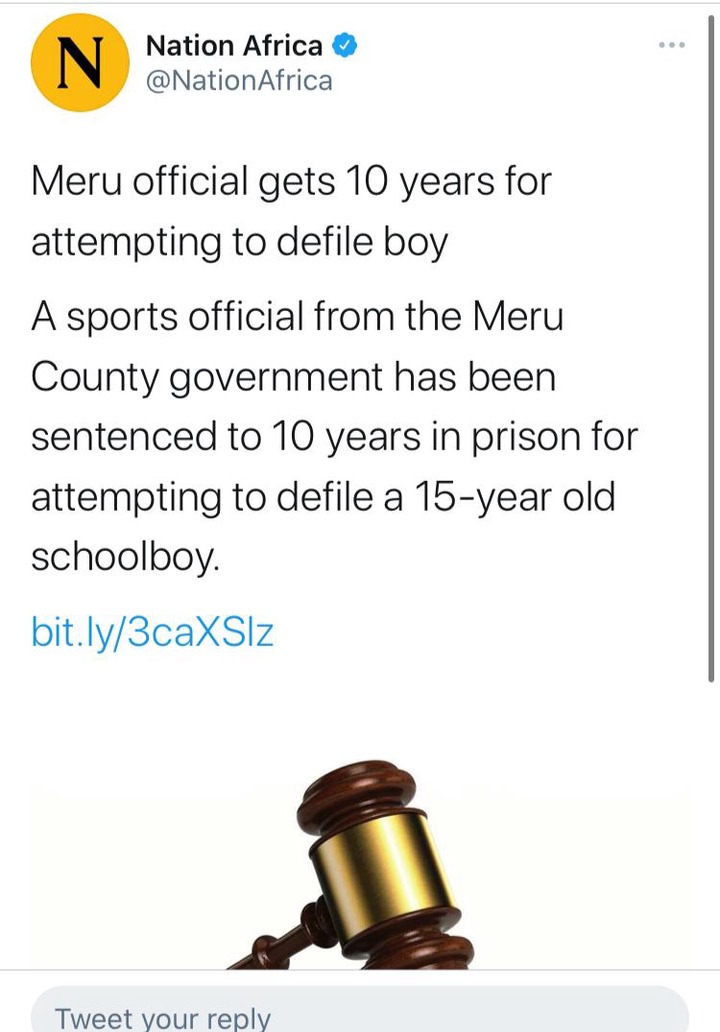 For The First Time Tumeona Umetulia, Embarambamba Told As He Shares This Photo Of Him At The Office

"I am not a Prophet, But I Know Who Will Never Become A President" David Murathe Claims