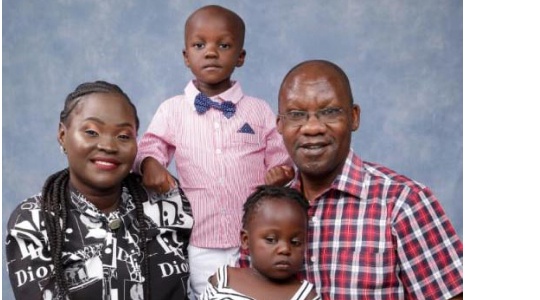 More Details continue to emerge on the mystery surrounding the Nakuru doctor suspected to have killed his children before he died on Wednesday. This is after more close friends and kin who interacted with Dr James Gakara on Thursday 23 September broke their silence over the incident. Dr Gakara is said to have been an always jovial, empathetic and a person who spared time for all, according to patients, friends and kin who interacted with him. However, his gentle nature and concern for his patients, especially during the Covid-19 pandemic, has made many doubt reports that he really murdered his children before taking his own life .

Mercy Njeri , one of Gakara’s client has now revealed that the doctor asked her for forgiveness and had became overly apologetic for no apparent reason though he did not show any signs of depression .

“I can’t tell if something bothered him, but I remember him asking me to forgive him for anything I feel he had not done right. I remember a lady who referred me to him, asking me if I had realised that the doctor was being overly apologetic for no apparent reason,” Njeri said. 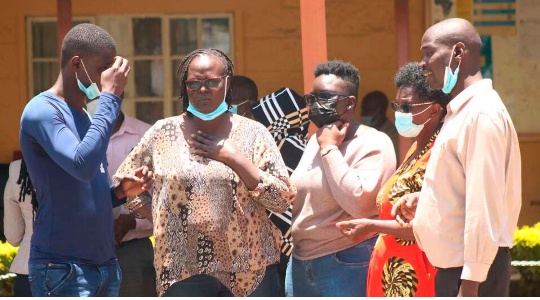 His employees describe him as a soft-spoken man who would crack jokes to make his clients comfortable.

“He also loved his children so much and would come with them most of the time... we were always with them. You could tell from how he treated them that he loved them very much. We also never heard him and his wife argue,” an employee of the Optimum Current Hospital in Section 58 Nakuru said.

According to the police, the doctor injected his two children with a killer substance that took their lives almost immediately. An assortment of drugs, used syringes and a sharp kitchen knife were recovered at the house. Although police say the doctor was behind the death of his children and that he committed suicide , his close friends and relatives do not believe the account. 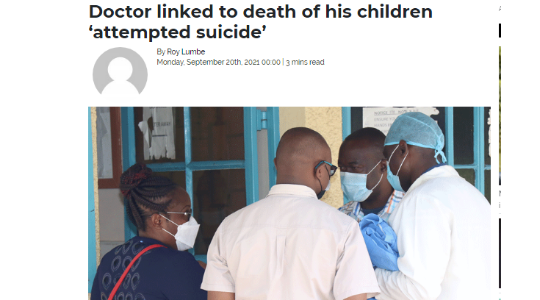 “My brother would never do that. He was not that kind of person and I keep saying that the police need to investigate the matter thoroughly. When he had a problem, he used to share. Nothing prepared us for this,” the doctor’s elder sister, Mary Gakara, said.

However, one of the doctor’s friends identified as Burton Njoroge questioned why police did not dust the door knobs of the second floor apartment for fingerprints when the bodies of the two children were discovered last Saturday. Friends also lament accuse the police of failing to secure the crime scene allowing people including relatives to access the house and even collect their personal belongs.

“The fact that the house has an automatic lock door that can be locked even from outside should have been the first indication that the police should have, aside from suspecting the doctor, thought of the possibility that someone else may have had a hand in the deaths,” said Mr Njoroge, adding that several people had the key to the house.

Njoroge retaliated that Gakara who was his best friend did not show any signs of being disturbed or that he had intention to do anything wrong . He said that he spoke with the doctor the previous night and had dinner at his house. Njoroge revealed that there Gakara had a plan to extent his house. 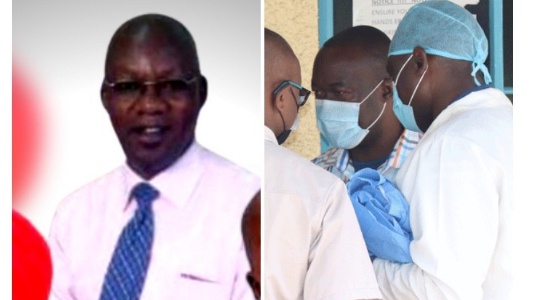 “He even asked for a plan from me and I gave him. He was also upbeat about his wife’s education,” Mr Njoroge said, adding that the doctor always spoke of expanding his business.

He added that Gakara had been happy that his business was thriving and planned to expand it to other parts of Nakuru town. He also wanted his wife to study so that he could help him at the clinic .

That Saturday, when all these things happened, his wife had travelled to Nairobi to attend her classes at the Jomo Kenyatta University of Agriculture and Technology. In fact, they kept chatting on text till 1pm that Saturday,” Mr Njoroge said. 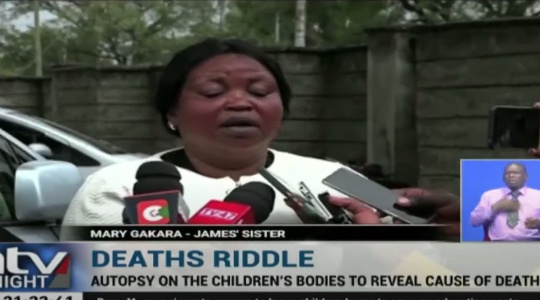 According to a report by a local daily , the 56-year-old Gakara was married to another woman with who they had children –eldest being 20 before he married Winnie Odhiambo . The first woman now lives abroad.

Many unanswered questions surround the death of the doctor and his two children as family and friends poke holes into the manner in which the police handled the matter from the start. 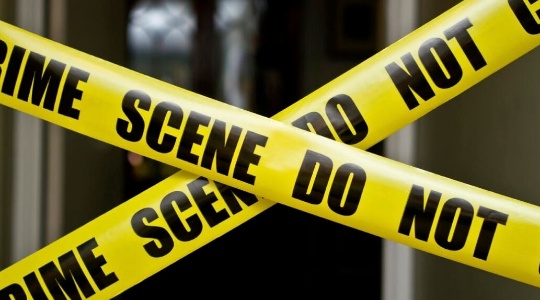 Shockingly, the police also booked the doctor as ‘Unknown Male Adult’ when they took him to hospital despite picking him from his house in the presence of his brother in law . However, the police have not interrogated key people who were last seen with him and have also not extracted the CCTV footages from the apartments where the doctor lived.

Why Postmortem Was Postponed

Gakara’s postmortem extermination was scheduled to take place on Thursday morning. It was however postponed as the family and friends were still at the commissioner of oath’s office to swear an affidavit to confirm his identity as he was admitted as an “unknown male adult”.

The family was requested to produce documents from the lawyer to verify the identity .The hospital needed a sworn-in affidavit to allow the process to commence. However, the pathologist was also not available forcing the family to postpone the exercise for the second time. 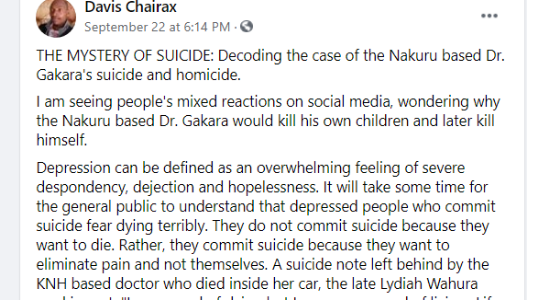