By TheReporterr (self media writer) | 6 months ago

Police officers from Umoja are currently searching for the killers of a young couple who were found dead in Umoja 2 Estate. 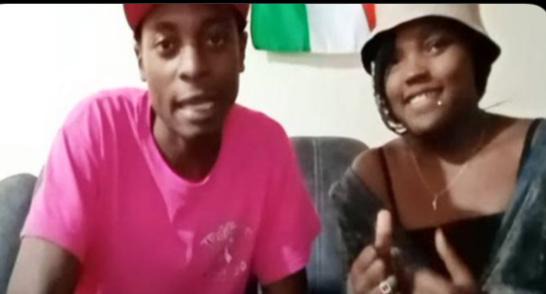 In an incident that that has sparked a lot of mixed reactions, the bodies of the deceased were found by officers who broke the door in order to access the house of the young couple. Reports given by the neighbors of the deceased revealed that they were alerted by the missing presence of the two along with the oduor that was coming from their house.

According to the police officers who are currently investigating this incident, they revealed that the body of Eric Maina was found with several Stab wounds indicating that he put up a fight with his killers who eventually subdued and killed him. However, the woman, Leilah Truphena is reported to have been found dead in the Bathroom with her hands tied on her back. 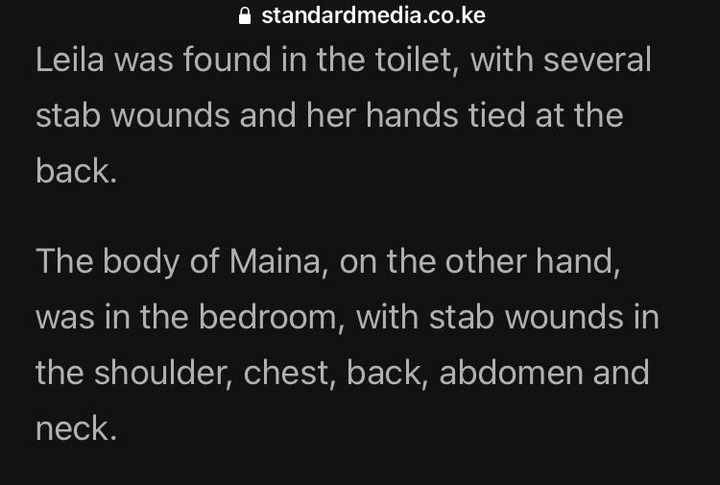 This is happening at the same time when detectives from the director of criminal investigations have revealed that they are currently looking into the deaths of the deceased which they said might have been caused due to two major reasons. According to the DCIs, they claimed that the deceased might have been murdered by their business rivals due to the fact that they had a car wash business which they claimed was doing very well. 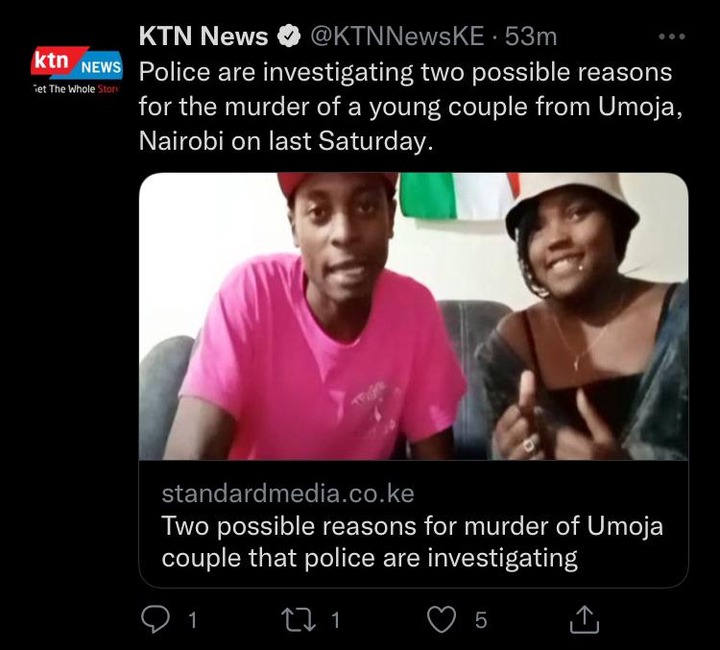