"A bus drowned here and we are still recovering bodies that are still inside the bus. The bus is not even visible, it has been submerged.

A video clip seen on the afternoon of Saturday, December 4, showed the bus capsize while crossing the flooded Enziu River.

By the time of going to press, police had not yet completed the search and rescue mission and the number of travellers in the bus had not been established yet.

The victims, who were passengers of St Joseph's Seminary - Mwingi bus were members of Mwingi Catholic Church and were heading for a wedding ceremony.

Witnesses who were at the venue were still helping with rescue operations at the time of publishing.

Yakan further confirmed that the driver of the bus perished during the tragic incident.

"This is a river and it was flooding. The driver lost control and slid into a ditch. The bus capsized next to the bridge. The driver has also died. The bus was leaving Mwingi Central towards Nuu in Mwingi East," he noted.

Accidents have been on the rise ahead of the festive season with latest National Transport and Safety Authority (NTSA) figures indicating that 3,212 died in road accidents between January and September 2021, an increase from 2,560 who died similar period last year. 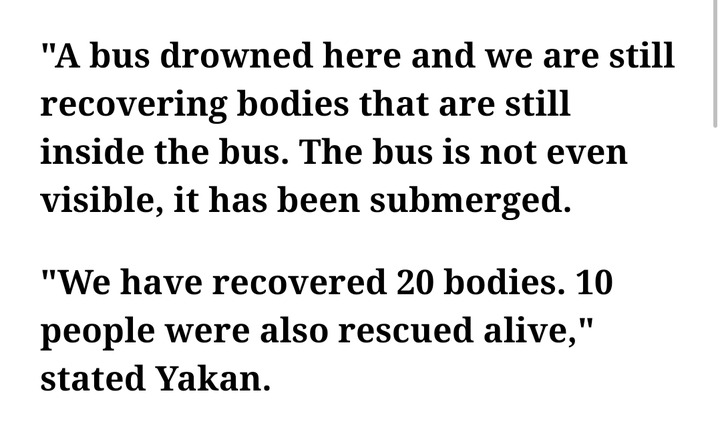