NLC Commissioner Jennifer Wambua Might Not Have Been Abducted After All, New Police Report Reveal

By MASKANI_NEWS (self meida writer) | 14 days 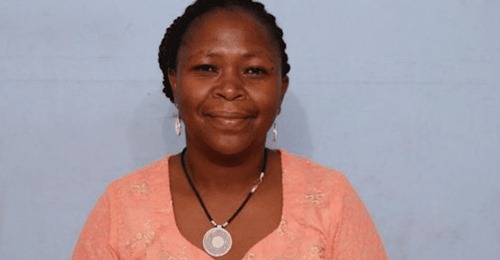 Homicide detectives in the case of National Land Commission official Jenniffer Wambua are now ruling out the possibility that the said official was abducted from his office and later on killed in vet firm Ngong area. 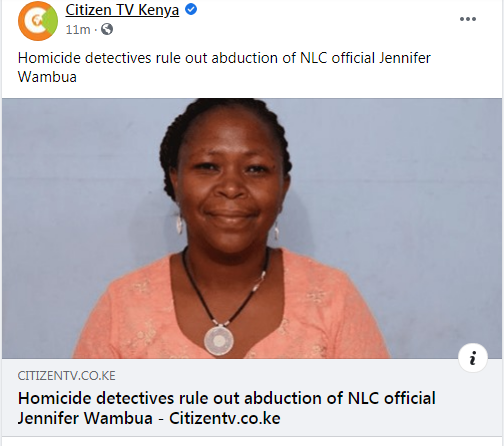 According to the police, the late who was brutally killed by unknown people might have taken herself to the area where she met her death in the hands of her killers who are believed to have molested her before leaving her for dead in the bushes.

There have been more twists and turns in her case which has continued to elicit reactions from both family, friends, and workmates at land offices. Police managed to arrest several people linked to her death but they are yet to be presented before the court for a ruling. Before her death, it is claimed that huge sums of money were transferred from her bank account to unknown accounts.

Ruto's Daughter Gets Married To A Nigerian Professor

The Only African Country That Jesus Christ Lived

Throwback Photo Of 13 Years Old Lukaku Playing Against Kids, Mother Had To Do This To Prove His Age