Residents In Fear After Boy And His Grandfather Murdered 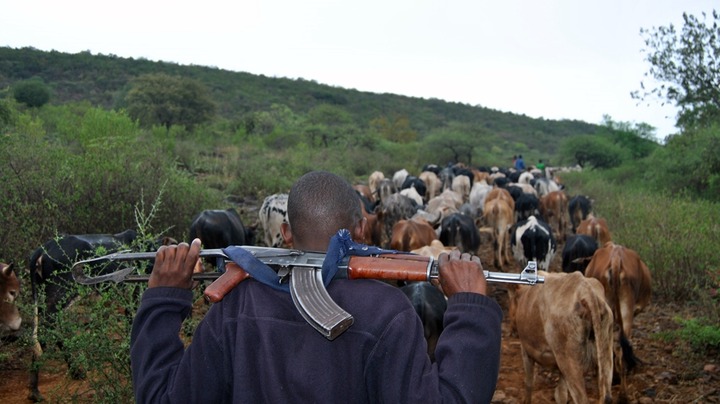 A ten year old boy and his grandfather have been shot dead by cattle rustlers i Kiserian, Baringo county. The bandits made away with an unknown number of livestock.

The boy who was a grade four pupil, was shot in his head and died on the spot. His grandfather was also shot in the stomach while returning their livestock back home after grazing. He died due to excessive bleeding while being rushed to the hospital.

The area residents told Citizen TV that they were now living in fear and some of them had even fled their homes.

One resident said that it was not the first time in recent times for someone to be killed in the same way. He said that only a month ago, an elderly man was killed while a woman and a child were ijured by bandits.

Another resident said that tension was high in the area and some of his neighbours had fled their homes in fear of falling victims of the same fate.

"It seems like these people are not only after livestock," One resident said,

"If they have the guts to kill an innocent young boy and an elderly person, it shows that they are not after livestock but their intention is to kill innocent people."

Content created and supplied by: Dzeff (via Opera News )