Police officers in Narok are currently investigating an incident where a woman is reported to have been beaten to death for killing her elderly husband.

In a news report that has been shared by a reliable source of information, it has been revealed that the deceased, a 68 year old man was allegedly found dead by one of the locals Cho who claimed that the suspect killed him.

This was followed by a dramatic scene after a number of residents rushed to the crime scene where after which they beat the woman who is reported to have died while being rushed to the hospital.

According to the reports given by police officers who are currently investigating this incident, it has been revealed that both husband and wife were taken to the Mortuary.

While reacting to this incident, kenyans who took to their different social media accounts to express their opinions on the matter have called upon the inspector General of police to conduct an investigation in order to find out why she did this.

According to the reports given by most Kenyans, they claimed that it is so unfortunate that the deceased was killed despite the fact that they don't know why she decided to kill her husband and for what reasons. 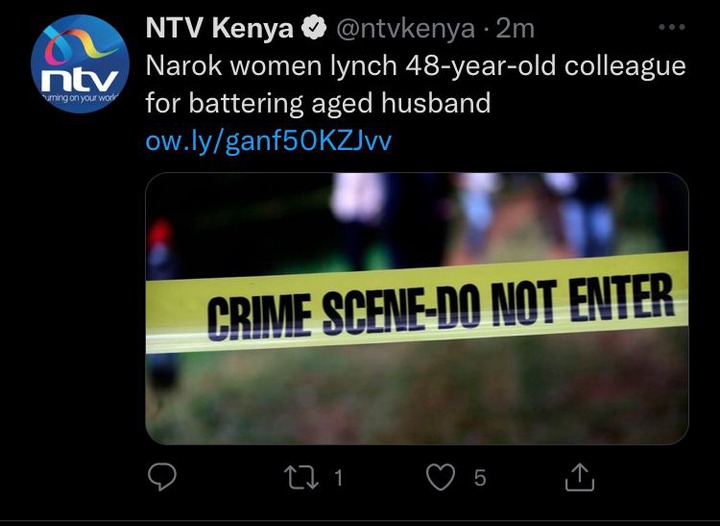