By Kaunda (self media writer) | 4 months ago

A renowned undercover cop known as Saigonpunisher James has finally exposed or rather unmasked a man who was allegedly caught on CCTV cameras stealing Ksh. 1.4 million from a parked vehicle in the industrial area.courtesy of 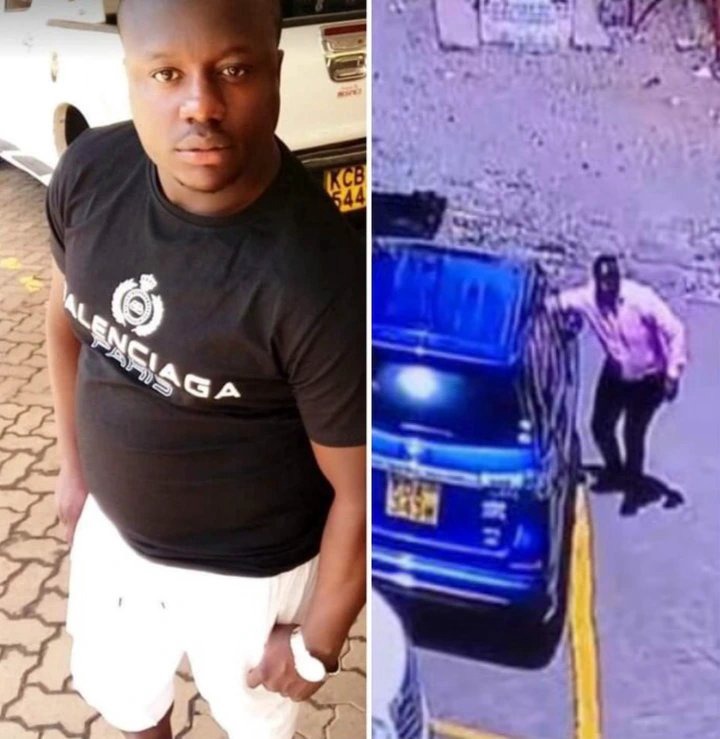 To validate the occurrence, renowned Orange Democratic Movement party blogger Robert Alai released a video of the suspect committing the act on his many social media sites.

According to the prominent blogger, the suspect, whose identity has not been revealed, allegedly followed a woman who had just withdrawn money from a bank, waited for her to park her car, and then robbed her.

This was followed by a dramatic scenario in which a group of Kenyans petitioned the inspector general of police and the director of criminal investigations to conduct an investigation to ascertain the identity of the individual. 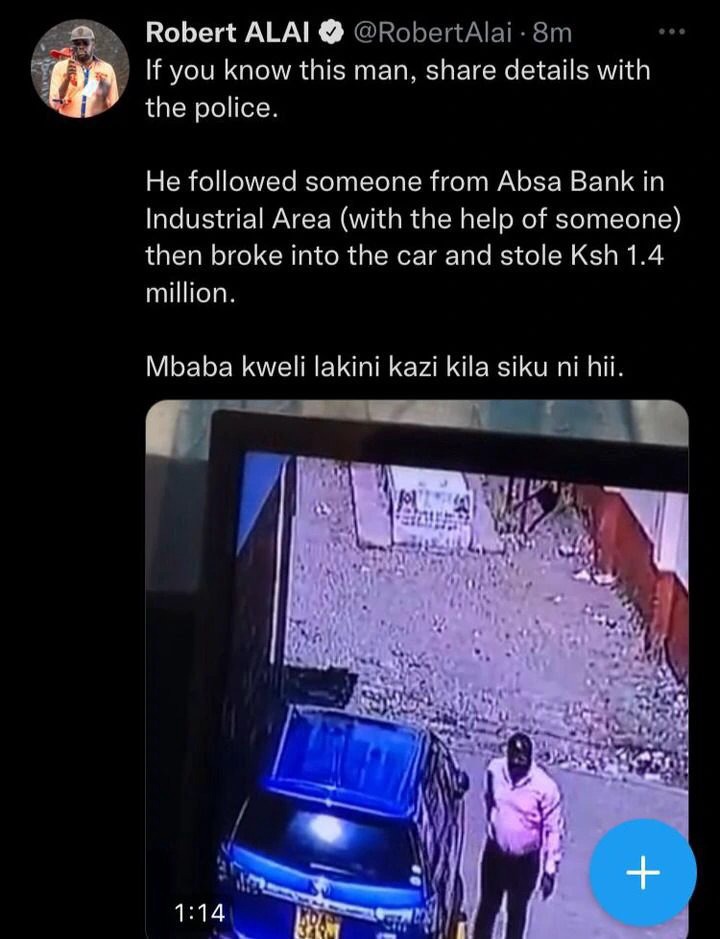 Following the occurrence, Kenyans took to their various social media accounts to express their frustrations and dissatisfactions with the government for failing to act despite the fact that a large number of individual thugs are currently roaming free.

However, recent news reports about the incident indicate that the culprit has been exposed. According to allegations from a trustworthy source of information, the suspect, whose identity has not been released, was unmasked by an undercover cop.

Kenyans who rushed to their various social media platforms to share their ideas and suggestions on the occurrence commended the undercover cop for doing so, believing that it was a good thing. 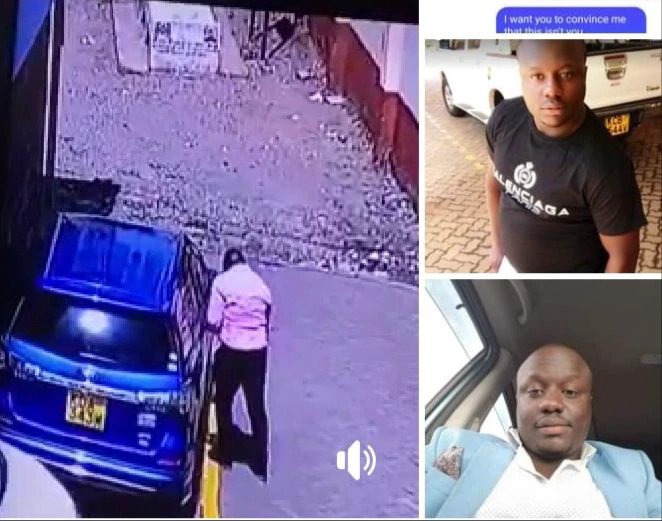