By BimacDigitalMedia (self media writer) | 3 months ago 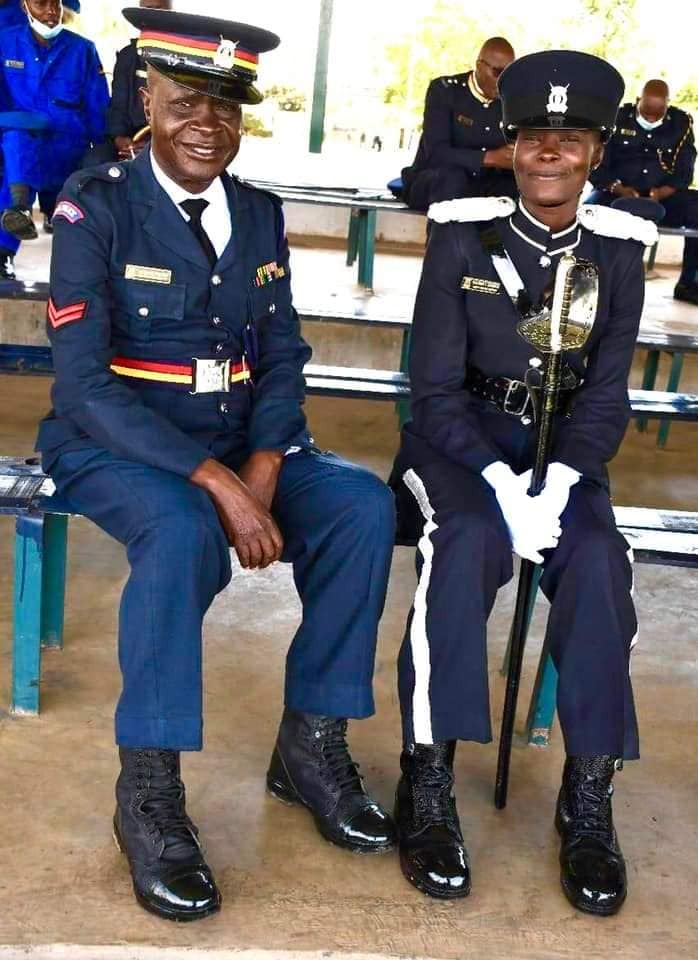 Sharon with her father on pass out day

On Thursday 20th January during the pass out parade, sharon Ijelot was among the commanders who led the parade. Sharon happens to have high ranks than her father who also serves in the National police service.

The daughter overtakes the father by two ranks in the police service. The father said is happy about her success and even would even gladly take orders from her. The daughter serves the rank of inspector two ranks higher to her father.

Frederick Oramisi who is Police Corporal, enjoyed seeing his daughter Sharon executing the duties of a Parade Commander in passing out parade in the event which was graced by president Uhuru Kenyatta at Kiganjo Training college. 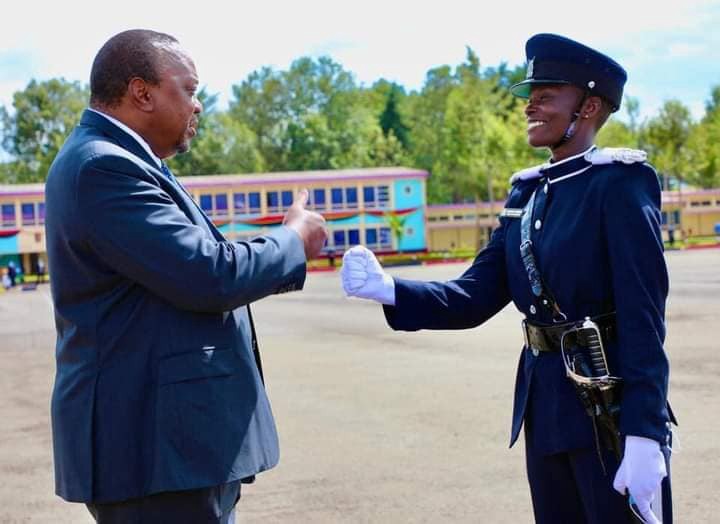 Cadet Ijeloti narrated how she always wanted to be a police woman from her childhood, "I always wanted to follow in my father’s footsteps and my enlistment was a perfect example of a dream come true."

She was amongst those who were accoladed by His Excellency President Uhuru Kenyatta, also he congratulated her for her exemplary performance during the exercise.

Content created and supplied by: BimacDigitalMedia (via Opera News )

ODM Cornered? Kidero Brings IEBC Offices in Homabay To a Standstill As he Presents Papers Today