Caretaker Behaviors That Irritate Their Tenants

Caretakers are known by many, especially those living in urban settlements, to be a real pain in the gut. It is a fast-growing notion that they possess an innate sense of irritating people that they unleash when tenants least expect it. 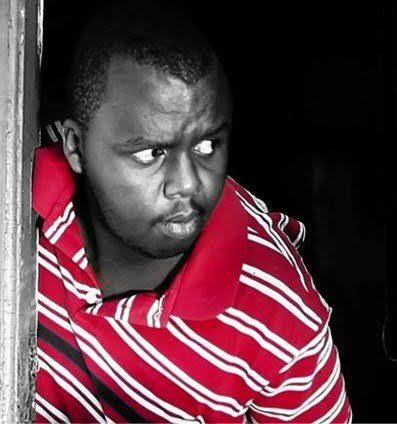 Here are some of the behaviors they have which really irk their tenants.

Those living in buildings ran by caretakers are no strangers to curfews, even before the government imposed one of its own to curb the Coronavirus.

What gets in the nerves of most tenants is that the caretakers impose these curfews and try to justify them with very lame reasons. They don't even consider those who work till late or those who work in night shifts.

Curfews are not the only restrictions they subject their tenants to; time to access water, when to wash clothes, where to where air washed clothes, number of visitors you invite to your place all fall into this endless list of restrictions.

Some tenants usually complain that the caretakers do their duties at very odd hours; as early as 2 am and as late as 11 pm.

Efforts to persuade or force them to change their schedule are usually in vain as some are as harsh enough to tell you to buy your own house so that you can clean it anytime you want.

To add to the misery, they will make a lot of noise while doing their chores.

It goes without saying that some caretakers steal money in the form of deposits and rents. But it is also no news that they have a taste in other household items, especially electronics.

The common trick they use is they issue you a key which they have a duplicate of, "emergency reasons" they say. When you are not around, they sneak into your house and steal items that you will hardly realize are missing. Before you know it, you will open your house that is swept clean and the caretaker is nowhere to be seen.

Some caretakers usually turn a blind eye to complaints voiced by the tenants. Particularly the noisy caretakers, who mostly talk themselves out from getting involved in solving the tenants' issues.

They will even go as far as locking themselves in their rooms for days so that they can avoid the complainants. Especially when it's a burning issue that needs to be addressed in the soonest time possible.

These issues usually end up unsolved leaving the tenants dissatisfied and living in discomfort.

If there is one day ever that caretakers look forward to, is the day to collect the rent money. They usually collect in cash. I think we both know why.

The methods they use to collect the rent may range from incessantly banging on your door, perching themselves all day on a chair by the door to net everyone who hasn't paid rent to poking you on Facebook without leaving his intention to imagination.

Their collection drive is usually high even when the majority of the tenants are uncooperative because they will be making a list of the tenants who they are going to make their life difficult. Talk about no water and electricity.

Check out their tenants

Especially the male ones, they will hit on anything that wears a skirt. Women on social media have attested to being drooled over and salivated on by their caretakers, even after issuing several warnings to them.

Some are even bold enough to flirt with the wives of their tenants. A man once posted on social media that it wasn't until his child turned four, that he realized the child looked very much like the caretaker of his plot. And after doing some investigations, it was uncovered that the child was the caretaker's!