By TheDailyOnlinePunch (self media writer) | 22 days ago 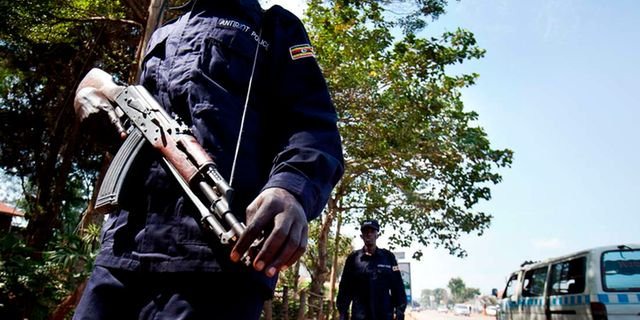 Luck has ended for a Ugandan man pretending to be a police officer to extort money from members of the public caught outside during curfew hours. This is a after he attempted to stop a car belonging to a senior police officer and demanded to be bribed before letting go of the car since it was operating outside set curfew hours.

Mr. Allan Mukisa who is a resident of Busega which neighbors the country's Kampala capital had developed a habit of stopping motorists operating during curfew hours and asking for bribes before letting them go.

A section of Busega residents had raised concerns over a police officer in plain clothes disturbing motorists and accepting smaller bribes from members of the public. 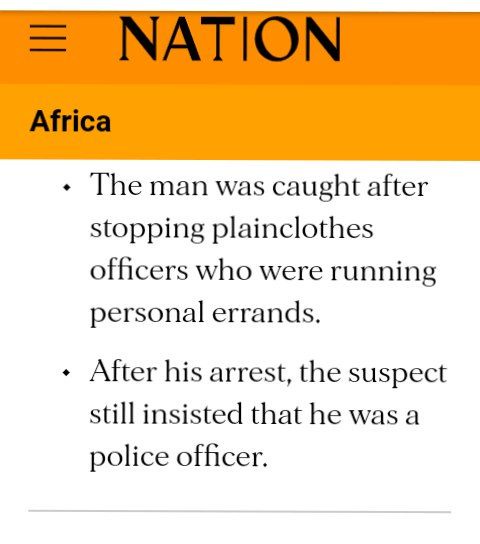 Mukisa Allan according to police reports, is said to have stopped two off duty security officers identified as Mr. Juma and Darius over unclear offenses in Busega township. Juma is a senior police boss in Busega while Darius is his military colleague. He reportedly demanded to be bribed before letting them go. Mr. Juma did not recognize the fake police officer as one in his jurisdiction and quickly apprehended him. He later discovered that that the fake plain clothes officer had managed to milk money from other members of the public.

He has already been charged with impersonation and obtaining money by false pretenses. He has denied the charges.