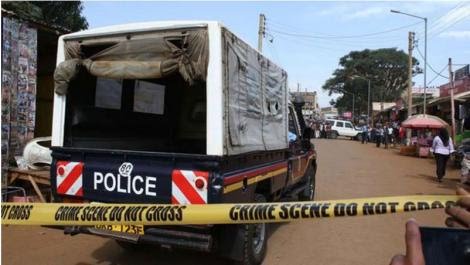 Police in Migori County are investigating a case in which fellow officers allegedly caused an accident that killed three people.

The officers were on their way to Rinya in a Probox and Toyota Premio.Confirming the incident, Awendo Sub-County Police Commander Mary Waku said the police officers were chasing a traffic suspect when the accident happened.

According to The Standard, the officers were on their way to Rinya in a Probox and Toyota Premio,In the crash, Toyota Premio hit the Probox back after the Probox driver lost direction and hit a motorcycle and killed the driver instantly. 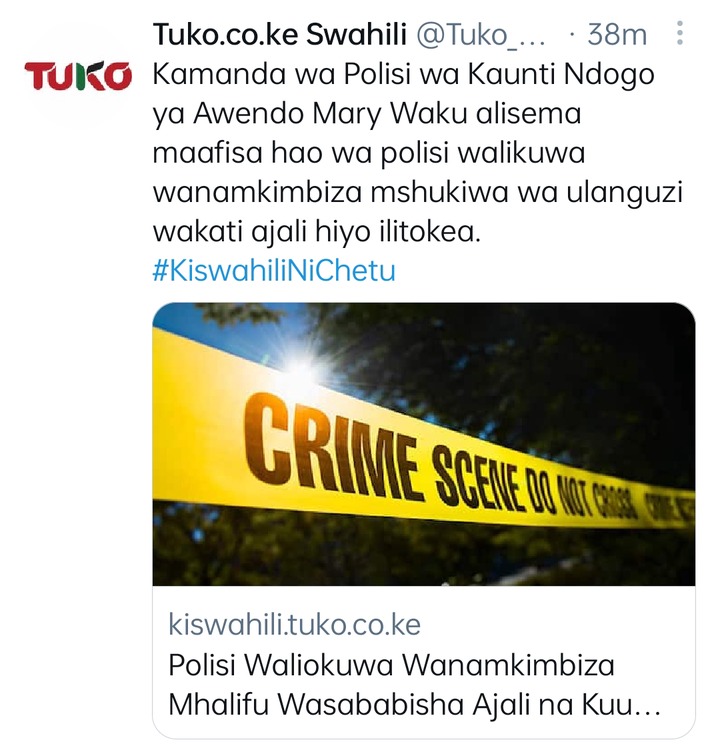 Two passengers on a pickup truck sustained serious injuries and were rushed to Migori Referral Hospital where they were pronounced dead.The driver's body was taken to Rapcom's mortuary, Awendo and later discovered to be a Probox vehicle allegedly carrying second-hand goods.

In a separate statement, a police officer at the Nairobi County Pangani Police Station died in a road accident while chasing armed criminals and leaving his pregnant wife behind.

The 29-year-old officer by the name of Bro Adow passed away on Thursday, June 3 and was buried the same day in Lang'ata Muslim cemetery according to religious beliefs. R

Speaking to TUKO.co.ke a friend Vanpagal Mohamed Ahmed referred to the deceased as a hard-working and dedicated officer.

Mohammed said the deceased was driving a Toyota Probox following the criminals who were armed on a motorcycle before their vehicle lost direction and hit a wall.