According to the reports given by a reliable source of information, it has been revealed that Utawala Man who was allegedly shot 36 Times was linked to the late Obegi who was found dead along with 3 other men. In a news report that has been shared by the directorate of criminal investigations, it has been revealed that the deceased who has been identified as Kevin Otieno was allegedly shot and killed by masked men who blocked his car before shooting ant killing him in Broad Daylight.

According to the reports given by an article from the Nation Media, it has been revealed that the suspect was linked to a renowned Jubilee Aspirant who is reported to have been found dead in a Bush.

Addressing this issue, one of the detectives from the director of criminal investigations has revealed that the suspects were connected. 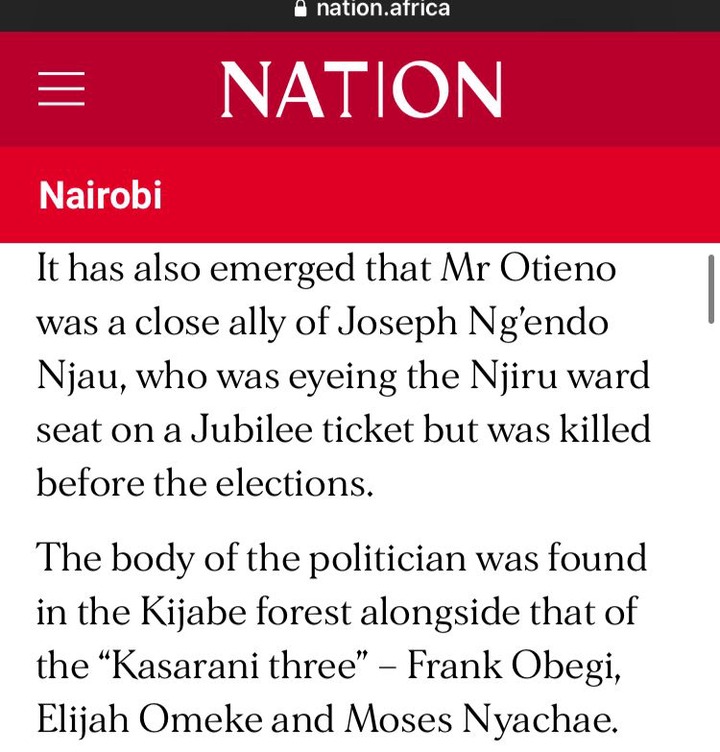 While reacting to this incidents, kenyans who took to their different social media accounts to express their opinions on the matter have called upon the inspector General of police along with the director of criminal investigations to reveal the killers.

According to the reports given by most Kenyans, they claimed that it is so unfortunate that the government is yet to find the suspects despite the fact that they have killed several people all over the country. 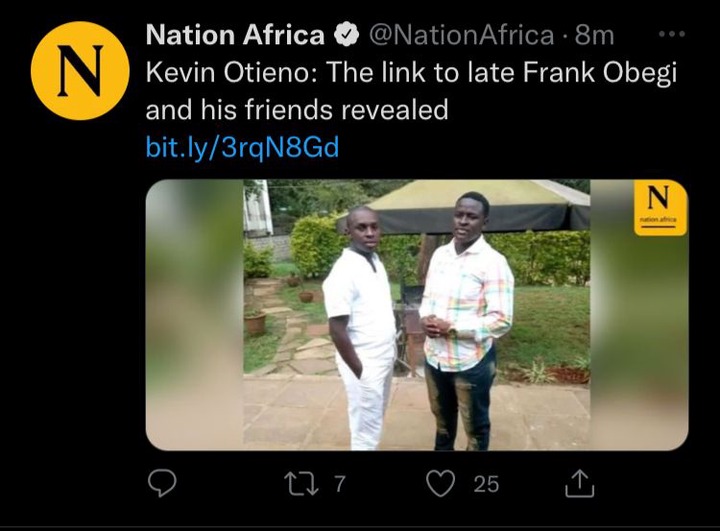