Police officers from Homabay are currently investigating an incident that happened yesterday in the evening after a man is reported to have died while making merry to a woman whose name is yet to be disclosed. 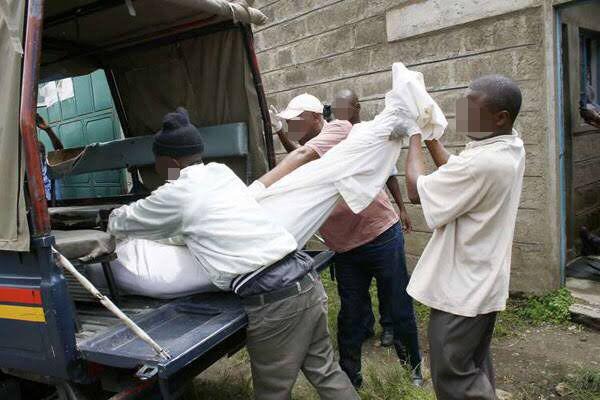 According to the reports given by a reliable source of information, it has been revealed that the deceased, a number of 55 year old man is reported to have collapsed and died in a Lodging that he had booked with the woman.

According to the reports given by the police, they revealed that they suspect man died as a result of taking too much performance pills. Reports have revealed that the man's pocket was found with several covers of the pills that he is suspected to have taken.

The body of the deceased has was later taken to the Mortuary for postmortem services in order to find out what happened or rather killed the deceased. At the same time, it has been revealed that the woman who was with the deceased was taken to the police station for more investigation and questioning over the same incident.

While reacting to this incident, kenyans who took to their different social media accounts to express their opinions and suggestions on the matter have called upon the inspector General of police, Hillary Mutyambai to conduct an investigation in order to find out what happened or rather what men to die while in the act.

According to the reports given by most Kenyans, they claimed that it was so unfortunate that the government is yet to do something about the increasing number of kenyans or rather men who are dying in different lodgings all over the country under unclear circumstances. 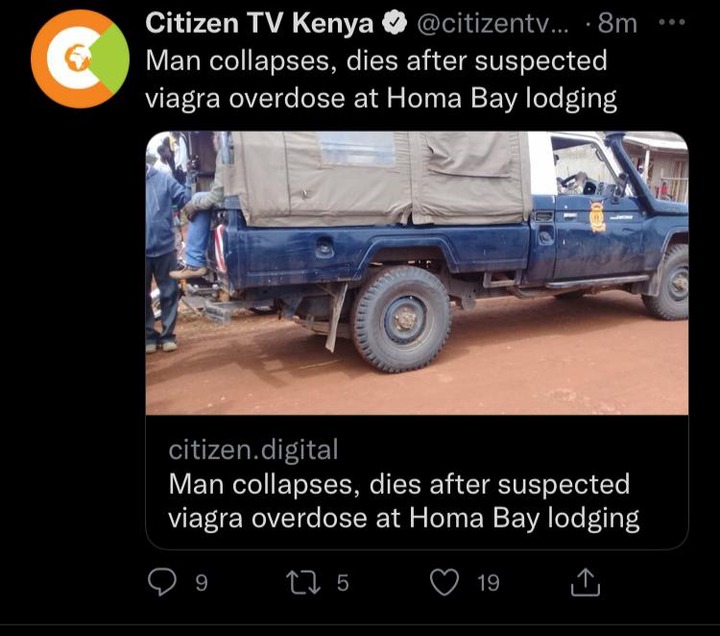