Reconstructing Moments Before Siaya Tragedy Based On Witness Accounts 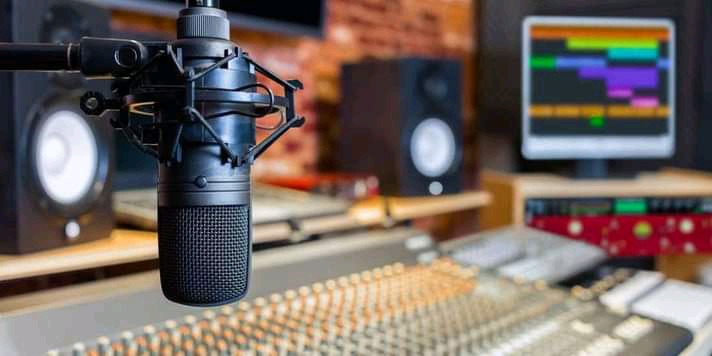 A similar incident as that of Sidindi that occurred in 1998 has been witnessed today in Siaya.

The Aftermath is such that 13 people lost their lives compared to Sidindi where more that 100 people perished that day in the tragedy.

Fast forward to this present day according to various Witnesses the driver of the petroleum truck was evading a head-on collusion with an incoming lorry which was ferrying milk to Busia. That is when the truck rolled over and Locals rashes to fetch the already flowing fuel. 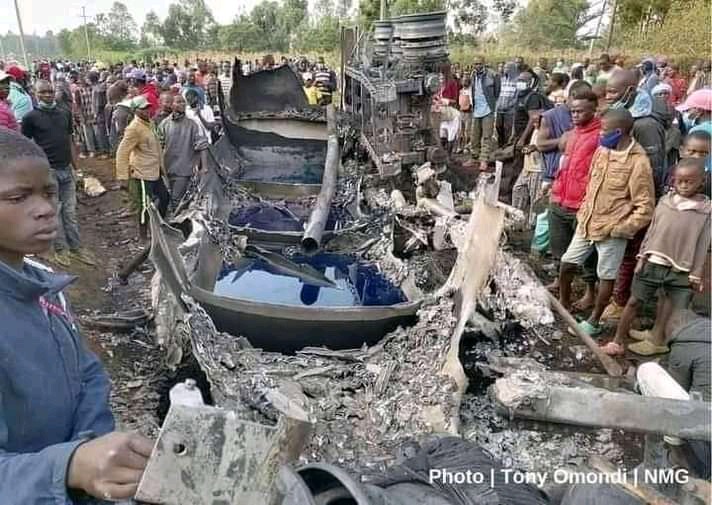 The minutes that followed will forever be engraved in the heart and mind of all that witnessed this terrible accident. Speaking to Citizen TV Witnesses informed that the accident happened past cerfew hours at 11:30 PM.

They informed that those first to arrive quickly made away with petrol in plastic container, but for those that remainder to fetch more they were unlucky. 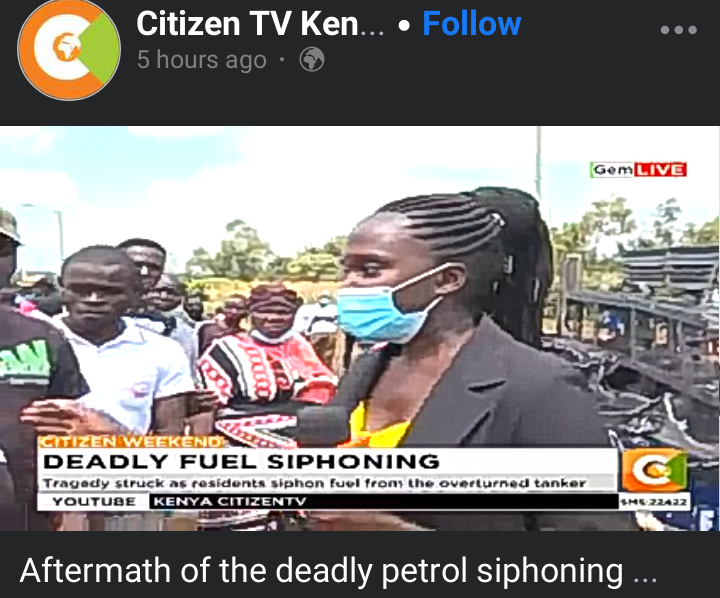 The truck bursted into flames and what followed after were huge change clouds of fire accompanied by screams as people tried to flee the scene. However 13 were not so lucky and 11 others that survived were rushed to a nearby hospital with high degree burns.

After the Siaya County water department was called and the fire successfully contained the scene was horrible. With bones of humans being the only remains of several bodies. 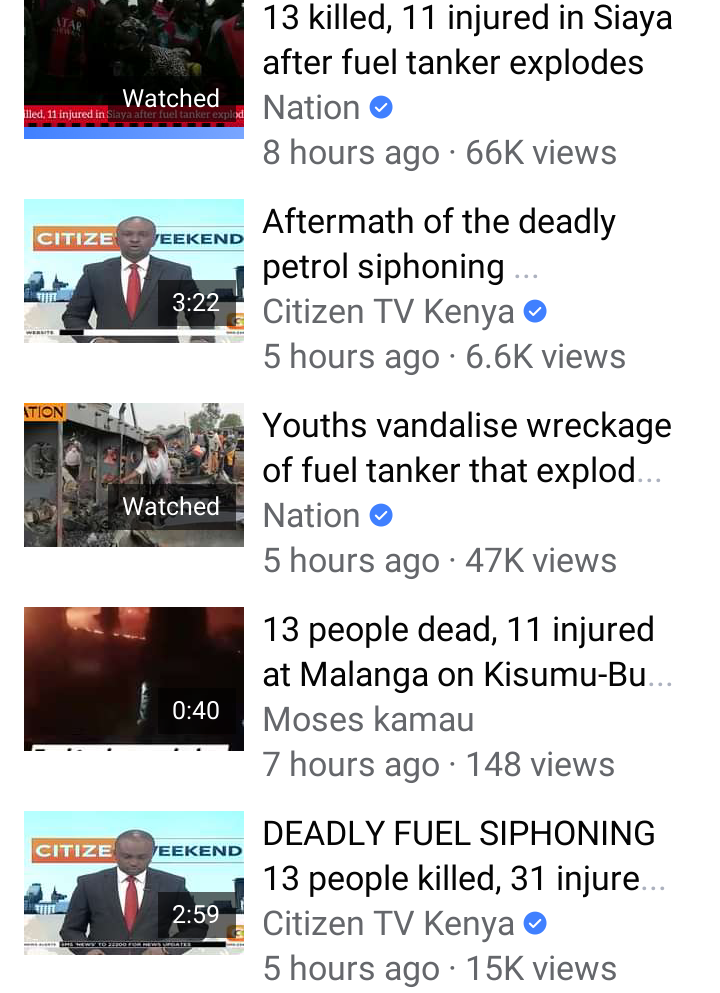 This scene has attracted a huge debate online as many people condemned the actions of many Kenyans tarmed the matter as an act of ignorance.

Others have blamed the government for the harsh economy being witnessed in the country with the rise of commodity prices.

What do you have to say about the today's fire?

Let's discuss more in the comments section below and follow me for more thrilling stories from around the globe.

Content created and supplied by: Daddy's (via Opera News )